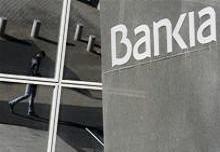 Mariano Rajoy has bowed to the inevitable. It can’t have been easy for Spain’s prime minister to admit the country’s battered financial system could need more public funds. Even so, Madrid is preparing to inject 7-10 billion euros into Bankia, according to Reuters. Propping up the big former savings bank is only the first step in what is hopefully a definitive cleanup.

Bankia, whose shares have lost two-fifths of their value since its initial public offering last July, had repeatedly said it could go it alone. Yet the IMF recently singled out Bankia as a threat to financial stability. Its chairman, the former IMF chief Rodrigo Rato, has fallen on his sword and handed over to former BBVA chief executive Ignacio Goirigolzarri.

Any bailout will be complicated by Bankia’s structure. The lender is 45.5 percent owned by BFA, a troubled entity which in turn is owned by a collection of seven savings banks. Most of Bankia’s bad land assets were moved to BFA at the time of Bankia’s IPO. Any solution for Bankia must also involve BFA, which has already received 4.5 billion euros from the state in the form of convertible bonds.

One suggestion is that the government will inject capital in the form of contingent convertible debt. That seems odd: CoCo bonds are designed to provide an extra capital buffer by converting into equity in times of stress – but Bankia is already in crisis. Using CoCos might limit the dilution that a straight injection of equity would have on the bank’s existing shareholders: its current market cap is just 4.9 billion euros. But the government will also have to convince investors the bailout is sufficiently robust: according to Nomura estimates, Bankia could need to set aside another 8-14 billion euros for bad debts in a stressed scenario.

Bankia may be Spain’s most visible banking problem, but it is not the only one. Barclays estimates the country’s lenders – Bankia included – could need more than 100 billion euros of capital in a severe stressed case. A bailout on such a scale would still be theoretically affordable: even if the government put up all the capital, its peak debt in 2015 would still be less than 100 percent of GDP. What is clear is that, after multiple failed attempts, Spain cannot afford any more half-baked reforms.

Rodrigo Rato stepped down as chairman of Bankia on May 7, as Spanish Prime Minister Mariano Rajoy opened the door to using public funds for helping troubled banks. Having previously ruled out such support, Rajoy said in a radio interview that he would not hold back from providing lenders public money as other European Union countries have done.
The government is preparing a 7 to 10 billion euro bailout of Spain’s fourth largest lender, according to several press reports, though the details are still being finalised. The capital could take the form of contingent convertible bonds, according to Reuters. These bonds usually convert automatically to shares in stressed conditions. Cash from the CoCos would be used to clean up the banking and real estate activities currently held by Bankia’s parent group BFA. These activities would then be absorbed by Bankia and BFA would stop operating as a bank, Reuters reported.
Rato announced that he had proposed José Ignacio Goirigolzarri, former chief executive of rival BBVA, as his successor.