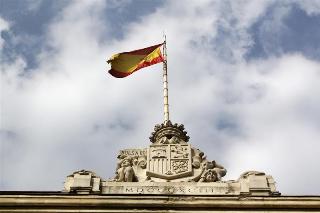 Few statistics about the Spanish economy are as depressing as the unemployment rate, which hit 21.5 percent in the third quarter. This is part of the hangover after a decade-long construction boom and a symptom of an uncompetitive economy. Yet even as the country’s jobless rate scales new heights, Spain’s exporters are surprisingly resilient. The snag is that there aren’t enough of them to get the country growing again anytime soon.

Spain suffered a well documented loss of competitiveness after it joined the euro in 1999. Nominal wages rose significantly faster than in the rest of the zone. Yet Spain has managed to hang onto its world market share of total goods from 2000 to 2009, according to RBS estimates. Countries like France, Italy and Ireland lost ground. In 2010 alone, exports outside the EU climbed 21.4 percent and the trend continued in the first half of the year.

The reason is that pockets of Spain are extremely competitive. Most Spanish companies are small and unproductive, but it is the opposite for those geared towards export. They use fewer temporary workers, and productivity is 30 percent higher in exporters, according to BBVA estimates. Unit costs at larger exporters in Spain grew more slowly from 2000 to 2007 than companies of equivalent size in Germany, France or Italy, according to data from economist Pol Antras. In addition, Spanish exports are also fairly diversified, with cars making up the highest share at 15 percent.

Accounting for only 26 percent of GDP last year, Spain’s exports aren’t large enough to make up for stagnant demand at home. Structural reforms, particularly in the labour market, remain crucial. The services sector is smaller and less productive in Spain compared to other advanced economies, according to a study by FEDEA, an economic research foundation, and McKinsey. Little wonder that at last week’s Euro summit, the EU leaders urged Spain to reform its labour market, particularly the services sector. It will be a hard slog. But Spain’s nimble export sector shows it can be done.

A Spanish flag flutters above the Madrid Bourse.