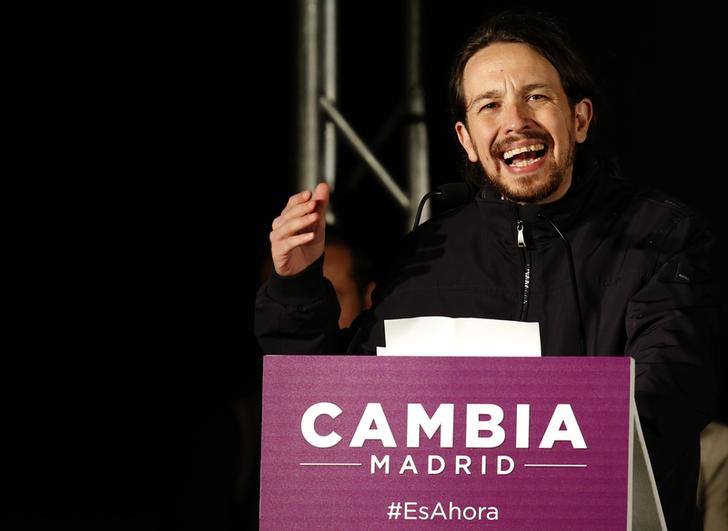 Podemos (We can) leader Pablo Iglesias delivers a speech after the regional and municipal elections in Madrid, Spain, May 25, 2015.

Spain’s ruling People’s Party (PP) lost ground in regional elections on May 24 after new parties fragmented the votes in town halls and regional governments across the country. Elections were held in 13 of the country’s 17 regions and in all of its municipalities.

The PP won the most votes overall in local elections, with 27 percent, but lost some 2.5 million votes compared to the results in 2011, as well as absolute majorities in key strongholds like Madrid and Valencia. In the city of Madrid, where there has been a PP mayor since 1991, the PP was slightly ahead of a leftist platform backed by Podemos and headed by 71-year-old retired judge Manuela Carmena. She is expected to gain power with the support of the PSOE, the Socialist Party.

A Podemos-backed alliance led by Ada Colau won by a narrow margin in Barcelona. Colau, best known for leading a campaign to stop banks evicting families from their homes, took 25 percent of the votes and 11 representatives, beating the 10 seats won by pro-independence party Convergencia i Unio (CiU). Ciudadanos was the third most popular party in Barcelona.