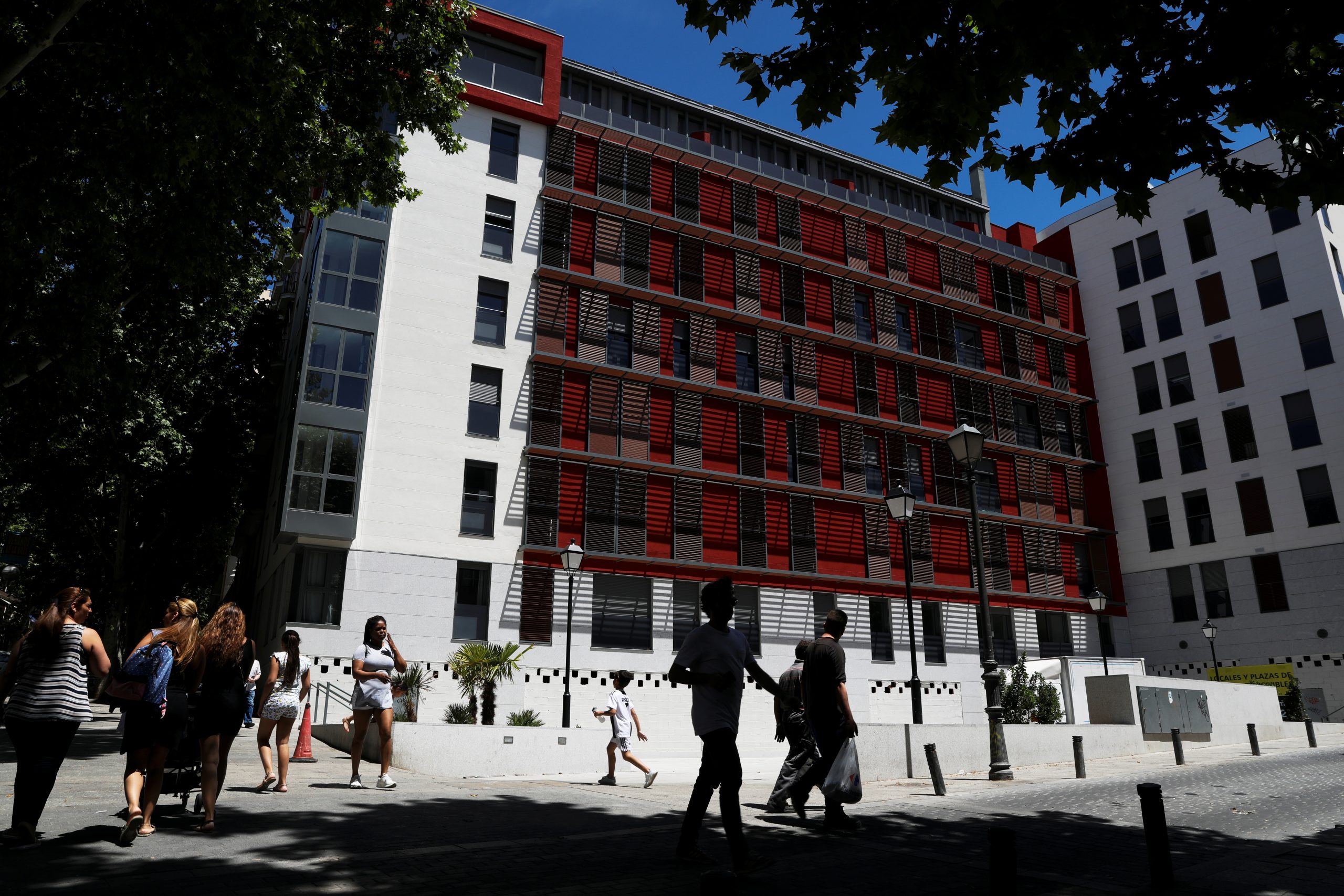 The left-wing coalition led by Pedro Sanchez wants to control rents on residential property. The move may depress house prices, up by one-quarter since 2014 thanks to a booming economy. Investors like Steve Schwarzman’s firm may be tempted to take some chips off the table.

People walk past an apartment complex that advertises "Properties and parking available" in Madrid, Spain, June 19, 2019.

Spain’s new government will introduce rent controls to combat “abusive” landlords, according to an agreement between the Socialist party and its coalition partner Unidas Podemos.

The left-wing coalition has already announced several major economic policies since taking office at the beginning of 2020, including a retroactive 5.5% rise in the minimum wage, according to a Reuters report on Jan. 22. Prime Minister Pedro Sanchez has also promised to roll back parts of a 2012 labour reform that made it easier for companies to fire workers and drive down wages.

The rent controls will be based on an index drawn up by Spain’s ministry of public works, the coalition agreement said, without providing further details.