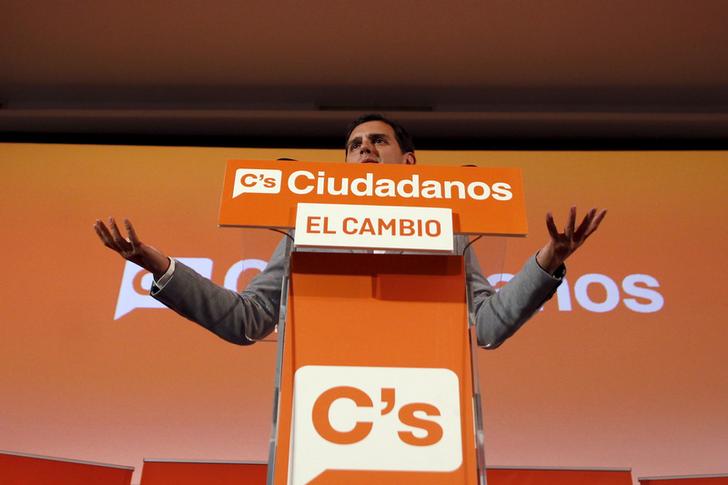 The centrist party is rising in the polls with a reformist agenda while Podemos is deflating. Ciudadanos could have a big say on future policy as kingmaker in the general election, and it is already having an impact. But like Podemos, it faces risks.

Ciudadanos' party leader Albert Rivera gestures as he delivers a speech during an electoral campaign rally for the Spanish regional and municipal elections in Malaga, southern Spain, May 8, 2015.

An opinion poll published on May 7 showed Spain’s governing party (PP) would take 25.6 percent of the national vote if the election was held now, against 24.3 percent for the socialist party (PSOE). Support for Podemos fell to 16.5 percent from 23.9 percent in January. Another smaller rising force, Ciudadanos, would come fourth with 13.8 percent, up sharply from 3.1 percent three months ago.

Elections are due on May 24 in 13 of Spain’s 17 autonomous communities, where all but one would leave the main parties short of a majority.

Meanwhile, a poll published on April 27 by GESOP for El Periodico de Catalunya gives PP 23.5 percent of the vote, with Podemos second at 20.1 percent. The socialists would have 19.1 percent, followed by 17.7 percent for Ciudadanos.