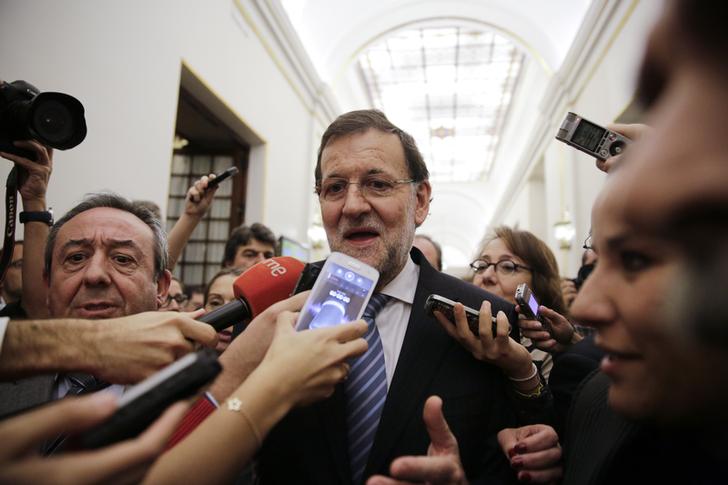 The EU lifted its growth forecast for the country to 2.3 pct in 2015, ahead of the region’s average. Low oil prices, the weak euro and tax cuts mean Spain could do even better. But voters are angry about corruption and unemployment – making politics and policy unpredictable.

Spain's Prime Minister Mariano Rajoy walks through a crowd of reporters after presenting anti-corruption measures at the Spanish parliament in Madrid, November 27, 2014.

The European Union revised its outlook for the Spanish economy on Feb. 5 to 2.3 percent this year, up from a previous forecast of 1.7 percent. It expects the euro zone to grow 1.3 percent.

Meanwhile, Spanish GDP grew 0.7 percent in the fourth quarter of 2014 compared to the previous quarter, according to the statistics Institute INE. Growth for the full year was 1.4 percent.

On Feb. 4, a poll showed the new anti-austerity Podemos party would come second in an election to the ruling People’s Party but ahead of the Socialists. The PP would take 27.3 percent of the vote, while Podemos would get 23.9 percent and the Socialists 22.2 percent, according to the poll from the Centro de Investigaciones Sociologicas (CIS), a state polling firm. The Spanish general election is due at the end of 2015.