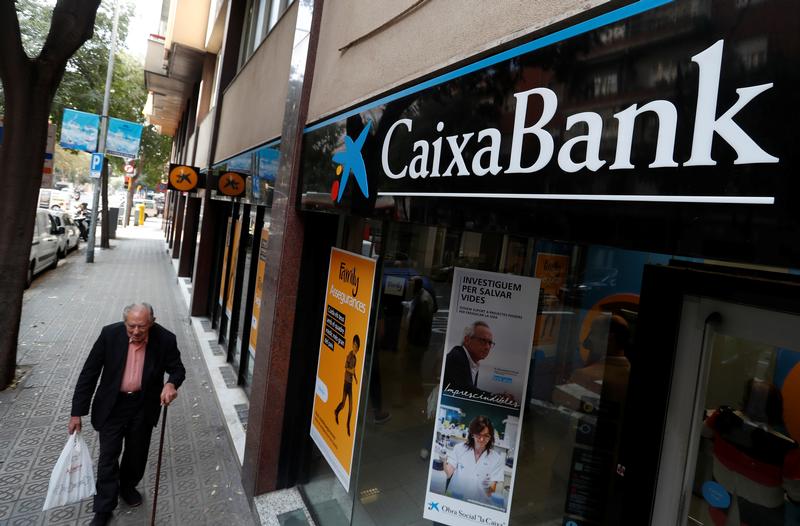 Caixabank and state-backed Bankia are discussing an all-share merger which would create the country’s biggest domestic bank. Cost savings potentially worth 4 bln euros would offset some pain from negative interest rates and bad debts. Other European countries should follow suit.

A man walks past a Caixa bank branch in Barcelona, Spain October 6, 2017.

Caixabank and Bankia said on Sept. 3 they were in discussions regarding an all share-merger in a potential deal which would create Spain’s largest domestic lender.

The two banks could close their merger within days, sources with knowledge of the matter told Reuters on Sept. 4. Though details of the all-share deal are still being finalised, the Spanish state’s stake in Bankia would be reduced to around 14% from 61.8%, while Caixabank’s foundation would have around 30% of the combined group, the sources said.

Spain’s state bailout fund, which owns more than 60% of Bankia, would analyse any proposal between the banks, Reuters reported on Sept. 3 citing a source in Spain’s Economy Ministry.