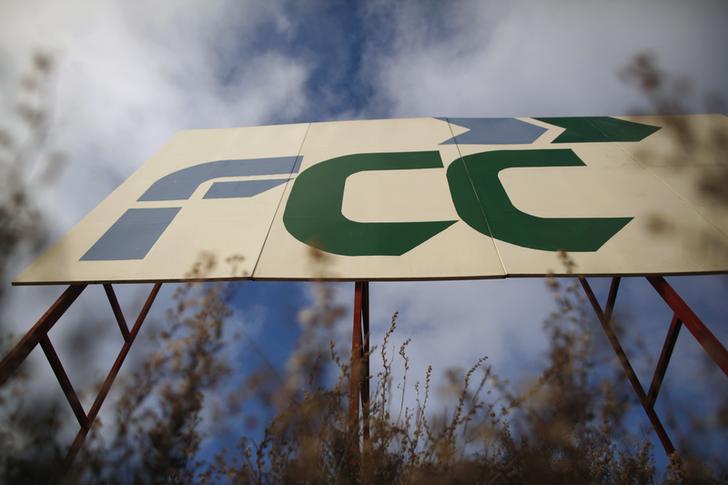 The Spanish group plans a 1 billion euro capital hike to pay down debt. That will massively dilute Esther Koplowitz’s majority stake after she refinances her own 1 billion euro debt. FCC can attract new investors, provided the price is right and markets agree.

Signage with the logo of Spanish construction company "Fomento de Construcciones y Contratas" (FCC) is seen next to an unfinished hospital in Ronda, near Malaga, southern Spain, January 15, 2014.

The board of Spanish construction and services company FCC approved a 1 billion euro capital increase on Oct. 19. The main purpose of the capital hike is to pay down debt and needs to be approved at an extraordinary shareholder meeting on Nov. 20.

Esther Koplowitz, major shareholder with a vehicle that owns 50.1 percent of FCC, separately agreed a deal with lenders to restructure around 1 billion euros of her own debt, according to a person familiar with the situation. “The board thanks major shareholder Esther Koplowitz for the efforts she has made to make the financial restructuring of FCC possible,” the company said in a statement.

FCC, with a market value of 1.7 billion euros, is backed by funds associated with Bill Gates and George Soros. Bill Gates is the second largest investor in the group, with 5.7 percent of the shares.