Let me be your ruler 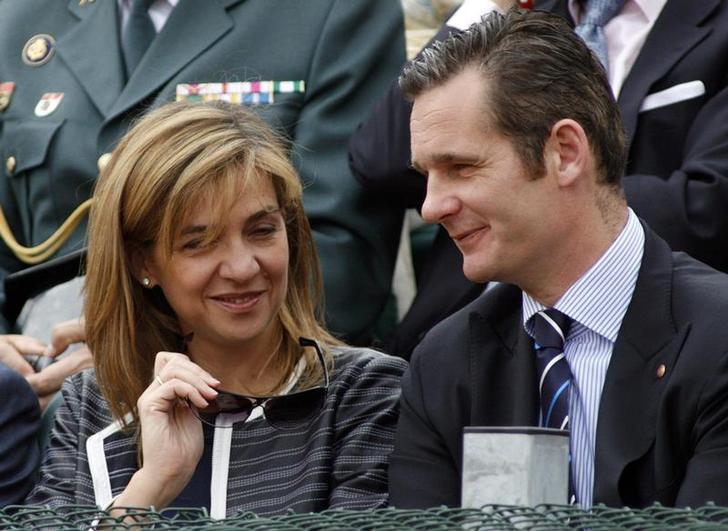 Spain’s democracy is strong enough to question a princess on tax-evasion charges. But widespread corruption among the masses will be harder to fight if the elite is under suspicion. And the royal family loses respect just when the country most needs a stable national institution.

Spain's Infanta Cristina (L) and her husband Inaki Urdangarin speak during the finals of the Barcelona Open tennis tournament in Spain April 29, 2007

Spain’s Princess Cristina, daughter of King Juan Carlos, will appear before a Palma de Mallorca court to testify over tax-fraud and money-laundering charges. She denies the charges but has decided not to appeal, her lawyers said on Jan. 11.

In a poll published by el Mundo newspaper, less than 50 percent of Spaniards support the monarchy. Sixty two percent thought the king should abdicate in favour of his son, Prince Felipe.