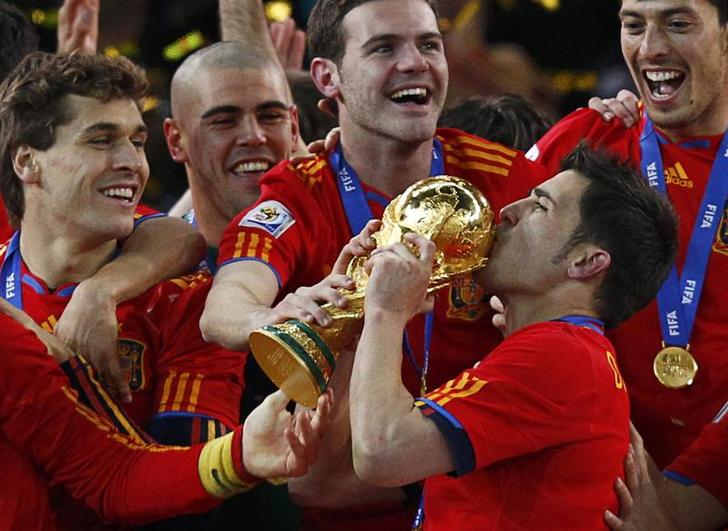 Real Madrid and Barcelona are Europe’s top-selling sides, each making annual revenue of more than 480 million euros, according to Deloitte. Meanwhile, the rest of La Liga is drowning in debt racked up during the boom times, when clubs borrowed against stadiums and training grounds. League-wide borrowings are more than 3.2 billion euros, reckons Jose Maria Gay, a professor at the University of Barcelona. Some teams have gone bust.

Revenue needs to increase too. A new law would ensure broadcasting deals are negotiated collectively, as happens elsewhere in Europe. The aim is to increase overseas income. A more even distribution would also help. Real Madrid and Barca now take nearly half of all TV revenue, leaving the other 18 clubs to split the rest.

Fresh capital would also be useful. Fans might pitch in, as they did in Real Oviedo. But money is tight, with national unemployment at 26 percent. So clubs should work to attract foreign investment. There are encouraging signs. Peter Lim, a Singapore tycoon, is moving to take control of Valencia. Latin American investors, a Spanish-speaking and football-loving bunch, would be natural buyers too.

Despite the financial gap, the truism that Spanish football is a boring duopoly is not quite true. Several sides make it to European contests. And league winner Atletico has emerged as a third force despite fragile finances. In fact, competition within La Liga is no more unequal than in other big European leagues, according to an analysis by Kiko Llaneras, an academic and writer. Still, a more disputed Liga would boost attendance and merchandise figures. That’s a goal worth chasing.

Real Madrid beat Atletico Madrid 4-1 in the UEFA Champions League final on May 24.

Peter Lim, a Singapore businessman, is set to become the new majority owner of Valencia football club. The club owes 220 million euros to Bankia and Lim must reach an agreement with the lender. Negotiations are ongoing and complex, Bankia’s Chief Executive Jose Ignacio Goirigolzarri said on May 29.