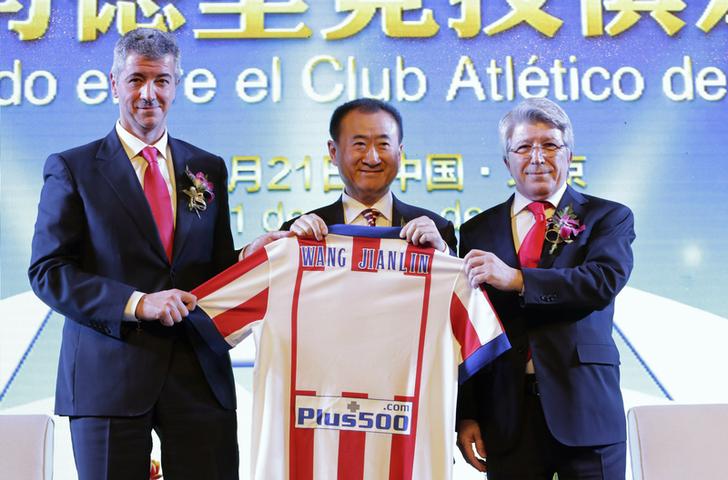 Wang Jianlin is the first mainland mogul to buy into a top European club, pumping 45 mln euros into Atletico de Madrid. It’s a high-value transfer for the indebted Spanish champions. For teams seeking cash and access to new fans, a Chinese billionaire strengthens the line-up.

In a statement, Wanda Chairman Wang Jianlin said the investment would help promote the development of “China’s Future Star Program” in Spain, and support the overall expansion of soccer in China.

Under the terms of the investment, Dalian will spend an additional 15 million euros on 50 percent of a new Atletico youth training facility in Madrid and will open three soccer schools in China. By 2017, Wanda aims to invest 20 million euros a year to support the development of 180 young Chinese players in Spain.

Atletico won the Spanish league in 2014, and reached the final of the UEFA Champions’ League, losing to local rival Real Madrid.

For the 10th year running, Real Madrid is the highest earner in European football, according to the Deloitte Football Money League report, released on Jan. 22. It had revenue of 549.5 million euros in the 2013/2104 season. Atletico came in 15th place with 169.9 million euros in sales, up five places from last year’s ranking.