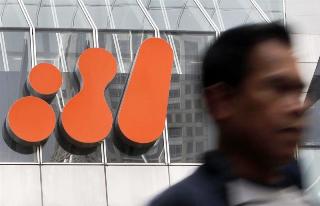 A man walks past the head office of BHP Billiton in central Melbourne.

BHP Billiton, the world’s biggest miner by volume, delayed a planned $20 billion expansion of its Olympic Dam copper and uranium mine on Aug. 22. The move was the biggest example yet of a pullback in spending plans by the world’s diversified miners. Softer Chinese demand, slower global growth and rising costs are pinching returns across the sector, challenging the economics of new mines.
The Olympic Dam decision came as BHP joined its biggest peers in announcing sharply lower profit. Underlying profit attributable to shareholders fell nearly 35 percent to $7.16 billion in the six months to June, from $10.98 billion a year earlier. The slide mirrored similar double-digit profit declines at Rio Tinto, Xstrata and Anglo American during the period. BHP’s full-year results for the financial year ending June were ahead of most analysts’ estimates.