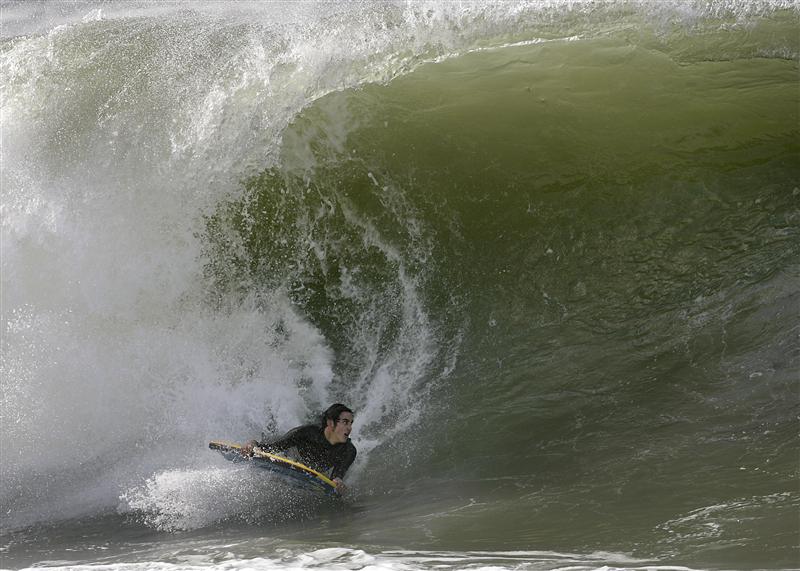 Corporate carve-ups are all the rage. Now Israel’s richest man is joining in. Unravelling his sprawling Israel Corp will be complex but worthwhile. There are still countries where conglomerates make sense. But where capital is easily available, markets much prefer simplicity.

A body boarder drops down the face of a big, storm fuelled wave at Aliso Creek in Laguna Beach, California

Israel Corp, the country’s biggest listed holding company, said on June 26 it plans to split into two listed companies in the next 6-12 months to “create value” for shareholders. Shares in Israel Corp, controlled by billionaire Idan Ofer, rose 8.4 percent to 219,000 shekels, giving the company a market capitalisation of about 16.9 billion shekels ($4.65 billion).
Israel Corp will keep its two most valuable holdings, a 52.3 percent stake in Israel Chemicals (ICL), the world’s sixth-largest potash producer, and a 37.1 percent share of Oil Refineries. Like the parent, both companies have Tel Aviv stock listings. In April Potash Corp of Canada abandoned a takeover bid for ICL following opposition from the Israeli government.
Investors will also receive shares in a new company, which could be listed in Israel or overseas. This will own three subsidiaries - IC Power, IC Green Energy and Zim Integrated Shipping Services, a container shipping firm which is being restructured. The new company will also hold 30.7 percent of TowerJazz, a chipmaker, and half of Qoros, a car-making joint venture with Chery Automobile of China.