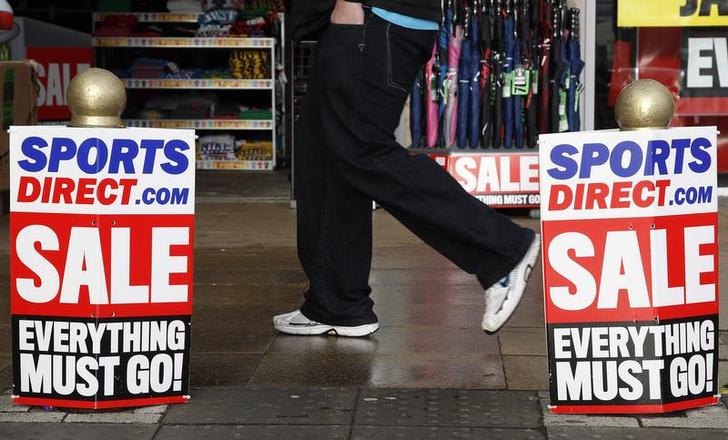 Mike Ashley’s upstart retailer has bought a 4.6 pct stake in its struggling UK rival, taking its interest to 11 pct. Ashley has a reputation for teasing the market, and this could be just a blocking stake. But don’t bet against a full-blown Debenhams takeover. It makes sense.

A pedestrian walks past a branch of Sports Direct in Liverpool northern England December 15, 2011.

The move takes Sports Direct’s aggregate interest in Debenhams to 11.2 percent. It entered a put-option agreement over 6.62 percent in January.

“As previously announced, Sports Direct is already working together with Debenhams and looks forward to building this relationship,” the buyer said.

Shares in Debenhams were trading up 3.1 percent at 61.9 pence in lunchtime trading in London. Sports Direct was up 2.3 percent at 608.5 pence.