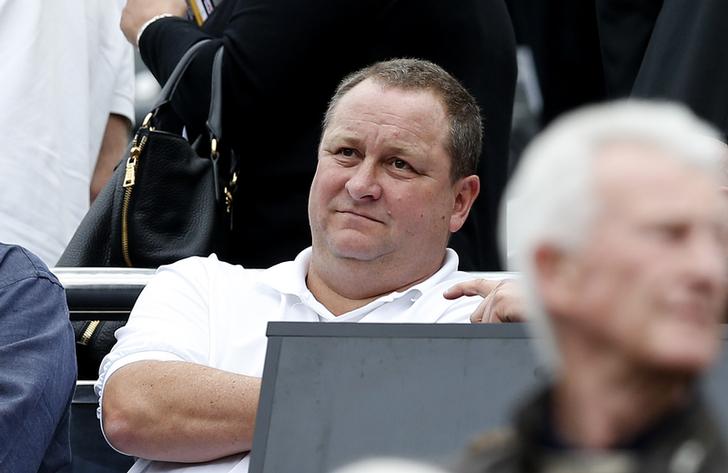 Sports Direct investors are getting what they deserve. The budget retailer founded by billionaire Mike Ashley will drop out of the FTSE 100 index on March 21 after its shares were hammered by a minimum-wage scandal and a profit warning. Some shareholders blame Ashley – who owns 55 percent of the company. But they have little power to change the group’s quirky governance – and have done rather well despite it.

As recently as December, the sportswear chain had delivered total returns of more than 300 percent over five years, according to Eikon. Its success in part is due to Ashley’s vision of no-frills retail, and drive to expand the business, which now has 440 stores and a stable of brands including Slazenger, Dunlop and London’s Lillywhites store.

That success has also come at a price. Last year, The Guardian reported Sports Direct was paying some temporary workers below the minimum wage. That coincided with growing concerns over the independence of the board. Sports Direct has four non-executives, but Ashley is executive deputy chairman. Cheap lending from a vehicle affiliated with the man himself will soon disappear, Sports Direct said on Feb. 26 – a response to criticism of Ashley’s dealings with the company.

Investors were willing to tolerate Ashley’s influence provided he delivered strong results. A tough time for retailers has changed the mood. A January profit warning was blamed on unseasonal weather over the Christmas period hitting sales. Sports Direct expects adjusted underlying EBITDA to miss its full-year target of 420 million pounds. In March 2014, the company traded at a peak of 23 times estimated forward-year earnings. Now it trades at just 10.8 times, and the shares have fallen more than a quarter in 2016 so far.

What can investors do? They can’t kick Ashley out. They can hope he will take the company private, but he might well not. Or they can remind themselves that the risks of investing alongside a powerful entrepreneur were clear all along. With the company still showing returns of 53 percent since it floated, compared with 40 percent for the index from which it will soon be ejected, they have little room for complaint.

Sports Direct International will be relegated on March 21 from the FTSE 100 index of top UK companies. The retailer founded by Mike Ashley was accused last year of paying thousands of temporary workers below the minimum wage. Ashley is executive deputy chairman, and holds 55 percent of the shares, according to Eikon data.

The company said on Feb. 26 that it faced an increase in its borrowing costs after deciding not to use a cheap loan facility provided by Ashley.

Shares in the company have fallen 27 percent in the year to date, to 417 pence.

Ashley raised over 900 million pounds by floating the company in 2007.