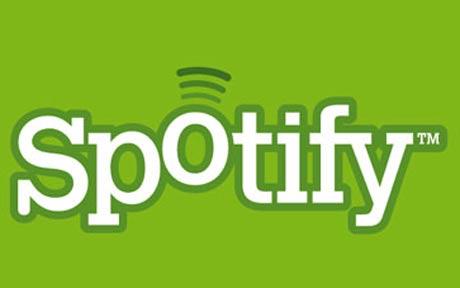 Spotify’s pitch to prospective shareholders looks ambitious. The online music-streaming firm boasts rapid growth and a popular friend in Facebook. But it lacks the economics of the best dot-com hits.

The Swedish company is seeking investors to put up a maximum of $200 million at a valuation of between $3.5 billion and $4 billion, according to a person familiar with the matter. That enterprise value would put it somewhere between high-tech U.S. radio outfits Pandora Media, at $1.4 billion, and Sirius XM, which is worth nearly $17 billion after adjusting for unconverted preference shares.

Spotify boss Daniel Ek says revenue could soar 160 percent this year to $890 million, implying new investors would be buying in at maybe 4.5 times 2012 sales. That would put the not-yet-profitable Spotify closer to Sirius, which trades on an adjusted EV of 5.1 times revenue and should generate $875 million of EBITDA this year, than loss-making Pandora, on 3 times.

Some investors might reckon extra growth justifies the price tag. Uptake is brisk: this year’s big milestone could see it hit 100 million users. A recent launch on Facebook, itself nearing a billion users, promises much.

But business models matter too. Sirius generates most of its revenue from paying subscribers, while paying low, capped royalty rates for satellite broadcasting. By contrast, Pandora relies on advertising and, as a webcaster, pays more than half of its revenue to rights owners.

Spotify’s “freemium” system is somewhere in the middle: a majority of users stream a limited amount of free music, interspersed by adverts, while about 15 percent pay a monthly subscription for unlimited, uninterrupted listening. But about 60-70 percent of revenue flows back to music owners. So unlike the best internet businesses, increased scale won’t super-charge earnings.

Sceptics think music labels’ demands mean that Spotify and its rivals will never be profitable. That looks too pessimistic: the industry wants legal, digital music to succeed, and big labels own stakes in Spotify. Plus, a bigger Spotify may be able to demand better terms.

But the structure puts a cap on margins, and thus the mature company’s potential profitability: the essential ingredient for any long-run valuation. Throw in competitive threats from existing rivals such as Deezer, and maybe new ones such as Apple, and Spotify’s pitch looks pretty high.

Spotify, the music-streaming firm, is seeking to raise up to $200 million of new money in a fundraising round that will value the company at about $3.5 to $4 billion, a person familiar with the matter told Breakingviews, confirming March reports by Business Insider and the Financial Times. By year-end, the online jukebox, aims nearly to triple users to about 100 million, this person added.
A Spotify spokeswoman declined to comment.
Spotify Chief Executive Daniel Ek told Swedish business daily Dagens Industri it was “not unlikely” the company’s revenues could top 6 billion Swedish crowns (about $889 million) this year. “Our focus is all on growth. That is priority one, two, three, four and five. But of course we expect to make a profit in the long run,” Ek told the newspaper in an interview published on April 13.