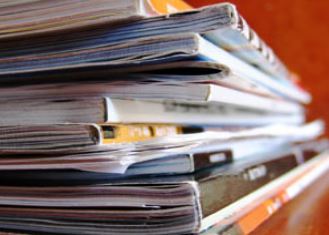 The German publisher postponed a $4 bln offering. The stable, growing business should have been an easy sell. High debt, low liquidity and an accounting squabble were turnoffs. With interest rates rising, and markets more volatile, investors are less willing to take a risk.

Springer Nature on May 8 cancelled its 3.2 billion euro ($3.8 billion) initial public offering planned for May 9. The publisher of science magazines Nature and Scientific American cited market conditions and said it would continue to evaluate opportunities for an IPO in the future.

The company owned by Germany’s Holtzbrinck Publishing Group and private equity group BC Partners had taken nine days to cover its order books for the float, and said on May 8 that investors should expect an offer price at the bottom of its range of between 10.50 euros and 14.50 euros per share.

It had originally planned to cut debt by selling new shares worth 1.2 billion euros. On May 4, majority owner Holtzbrinck doubled its order for new shares to 200 million euros.