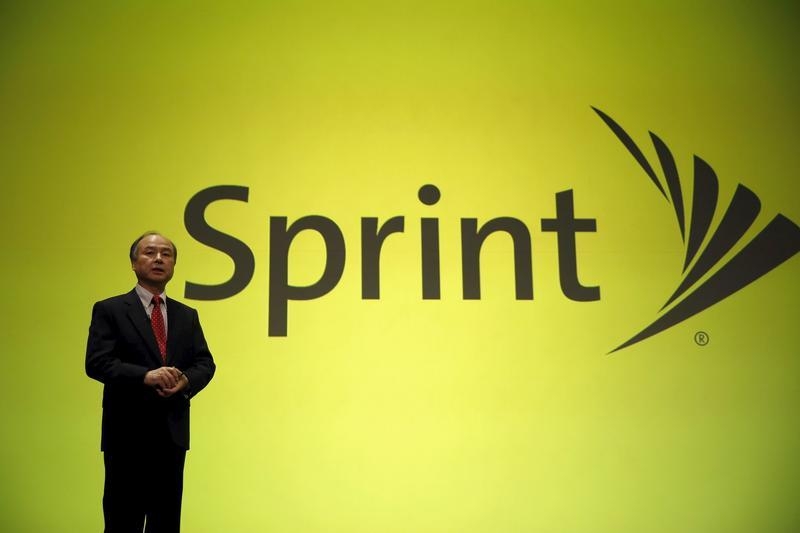 Sprint is staggering into a merger showdown. The smallest of the four big U.S. wireless carriers surprised investors on Tuesday with better results than expected and a cheerier outlook. Even so, it’s weighed down by a massive debt load and engaged in a price war set off by U.S. authorities blocking consolidation. Eventually, Masayoshi Son’s Sprint will need more cash – or a deal.

Instead of an operating loss in its current fiscal year, which ends in March, Sprint now predicts an operating profit of up to $300 million. The company is both cutting costs and signing up more monthly-billed customers.

The overall climate for U.S. mobile stinks, however. Sprint has attracted customers by offering 50 percent off the price of whatever rivals are charging. Given that cellular-company operating-profit margins tend to rise as companies gain market share, there’s plenty of incentive for Verizon and AT&T to cut prices too.

Since Son’s SoftBank bought control of Sprint in 2013, the strain has only worsened. It is burning cash, and has over $30 billion of debt. That’s about three times its market capitalization. Selling assets and leasing them back has provided some extra liquidity, but the company needs to spend another $10 billion to fix its network, research outfit MoffettNathanson estimates.

Debt investors are getting worried. The 10-year bonds Sprint sold in 2013, with a 7.875 percent coupon, now trade below 70 cents on the dollar, according to Thomson Reuters data.

Sprint’s condition and the market’s distaste for junk bonds mean the cost of raising substantially more debt is probably prohibitive. SoftBank has seen its own share price decline by about 30 percent over the past year, partly because of its roughly 80 percent stake in Sprint. It may not have much taste for injecting more cash.

That could mean revisiting the merger solution. Combining with T-Mobile US would create a stronger competitor, but also curb the intense discounts being offered to consumers. That might make it hard to persuade U.S. trustbusters to change their minds. A Sprint that lacks the financial ability to upgrade its network or effectively put its spectrum to use hardly seems a preferable option.