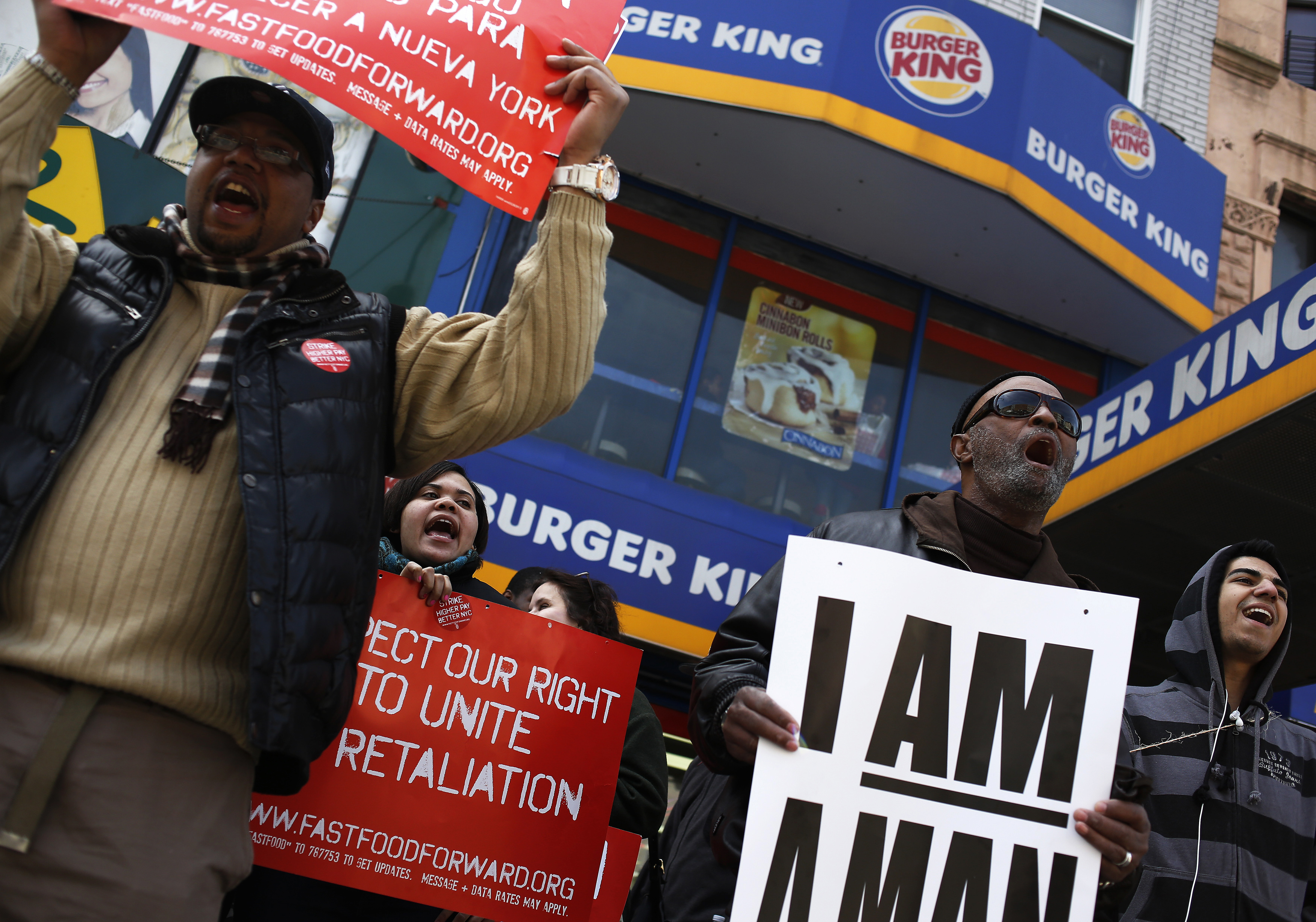 A strike by fast-food workers highlights stingy low-end earnings. Government handouts often pay more, the Cato Institute says. They aren’t obviously too generous. Rather, entry-level pay has not kept pace. It’s a facet of rising inequality that makes policy tough to get right.

The Cato Institute, a libertarian-leaning Washington think tank, on Aug. 19 published a study that found welfare pays better than entry-level work in most U.S. states. The report shows that welfare benefits exceed the federal poverty level in 42 states plus the District of Columbia and pays better than minimum wage in D.C. and 33 states. The study is a revised version of one conducted in 1995 that found government benefits for the poor exceeded the poverty level and take-home pay for entry-level jobs in D.C. and all 50 states.
Fast-food workers across the United States are expected to stage their largest strike to date on Aug. 29 in an almost year-long campaign to raise wages in the service sector.
Employees of McDonald’s, Wendy’s Restaurants, Burger King Worldwide and others have pledged to walk off their jobs in 50 U.S. cities, organizers say. They are expected to be joined by retail employees at stores owned by Macy’s, Sears Holdings and Dollar Tree in some cities.