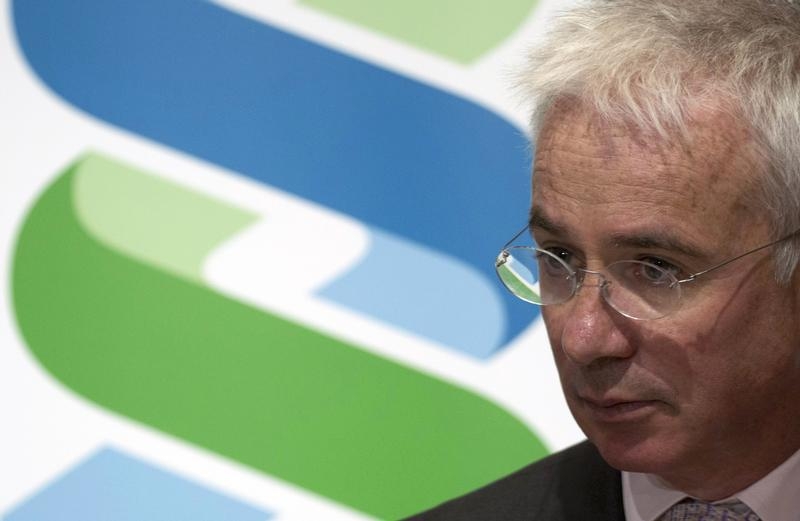 Departing chief Peter Sands has ruled out a share issue while promising stronger capital this year and higher returns in future. That suggests the emerging market bank’s position is less bleak than some fear. However, it also leaves successor Bill Winters with less wiggle room.

Standard Chartered on March 4 reported a 30 percent decline in pretax profit for 2014, its second decline in full-year earnings, but promised to rebuild capital ahead of the arrival of its new chief executive.

Income was down 2 percent at $18.3 billion, while expenses rose 8 percent to $11 billion. Provisions for bad loans rose by 32 percent to $2.14 billion. The bank also wrote off the remaining goodwill on its loss-making Korean business, triggering another $758 million non-cash charge.

Normalised return on equity was 7.8 percent.

The bank maintained its full-year dividend at 86 cents and promised to raise its common equity Tier 1 capital ratio to 11-12 percent in 2015, from 10.7 percent at the end of 2014. It also promised to raise its return on equity above 10 percent in the medium term. The bank said it would cut costs by $400-$500 million a year, while disposals would reduce its annual costs by a further $200 million.

StanChart announced on Feb. 26 that Chief Executive Peter Sands would step down in June, to be replaced by former JPMorgan executive Bill Winters.

Executives who have been on the board for the whole year will not receive any variable compensation.