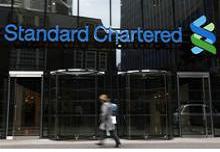 And then there were none. The global banking industry, already painfully short of institutions untarnished by financial or regulatory woes, has just seen another of its leading lights dragged into the mire. Allegations by U.S regulators that the top brass at Standard Chartered helped cover up at least $250 billion of sanctions-busting transactions with Iran look damaging. Even if the emerging market lender escapes with a mere fine, the backlash could be severe.

StanChart isn’t the first bank in trouble for hiding from U.S. regulators dollar-denominated trades conducted on behalf of Iranian clients. Many of its competitors have already paid fines for similar violations. Even so, accusations set out by the New York State Department of Financial Services look particularly bad.

The regulator alleges that over almost a decade, StanChart processed 60,000 transactions worth more than $250 billion. Worse, senior executives failed to stop it. According to New York authorities, one of StanChart’s group executive directors, when warned by a colleague of potential criminal liability, responded: “You f—ing Americans. Who are you to tell us, the rest of the world, that we’re not going to deal with Iranians.”

The accusations severely dent the reputation of StanChart, one of the few lenders to emerge from the crisis with its status enhanced. Not only did the bank avoid any serious financial slips – it recently reported its tenth consecutive half-year of record profit – but also established itself as an industry leader, aspiring to high ethical standards under the slogan “Here For Good”.

The financial damage is hard to judge. The regulator’s threat to revoke StanChart’s New York banking licence amounts to a death sentence for any bank with global aspirations. A large fine, perhaps accompanied by a grovelling apology and an extended probation period is more likely.

Another scandal is the last thing the banking industry needs. It’s especially terrible for the United Kingdom, already reeling from the rate-rigging mess at Barclays and revelations of widespread money-laundering at HSBC. It gives politicians and regulators even greater incentive to tighten the screws. On the available evidence, the crackdowns are looking long overdue.

A woman walks past a Standard Chartered bank in London October 13, 2010. REUTERS/Stefan Wermuth

U.S. regulators on Aug. 6 accused Standard Chartered of colluding with Iran to cover up transactions worth at least $250 billion and threatened to remove the bank’s licence in the state.

The New York State Department of Financial Services alleged that StanChart hid from regulators roughly 60,000 U.S. dollar payments which it cleared through its U.S. subsidiary on behalf of Iranian clients. The regulator said StanChart used a process called “wire stripping” to remove data from transactions that would have identified them as originating in Iran.

The department further accused StanChart executives of ignoring warnings that the bank’s behaviour was in breach of U.S. sanctions. According to the order, one of StanChart’s group executive directors replied: “You f–ing Americans. Who are you to tell us, the rest of the world, that we’re not going to deal with Iranians.”

StanChart declined to comment on the specific allegations, but said: “The Group is conducting a review of its historical U.S. sanctions compliance and is discussing that review with U.S. enforcement agencies and regulators. The Group cannot predict when this review and these discussions will be completed or what the outcome will be.”