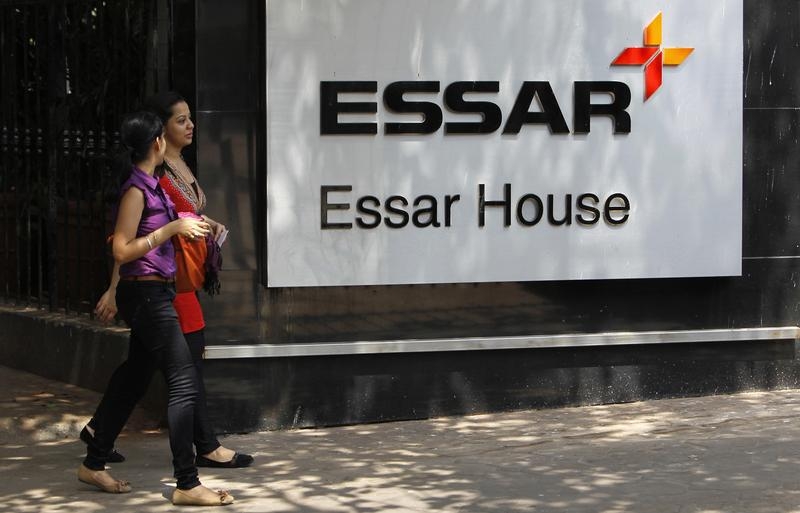 A shake-up at Standard Chartered could finally turn the screws on India’s tycoons. The emerging market lender is slashing costs and shedding billions of dollars of risky assets. That puts Essar, one of India’s most indebted conglomerates, on the spot.

StanChart is looking to offload some of its share of loans worth $3.5 billion made to the holding company of the steel-to-ports group backed by the billionaire Ruia brothers. It’s an overdue warning that suppliers of cheap credit are becoming rare.

Among India’s capital-starved local banks, Essar is viewed as too big to fail. Credit Suisse analysts reckon it has gross debt worth around 1 trillion rupees ($15.2 billion) and interest cover of less than one times. Those figures exclude borrowings at the privately held holding company, Essar Global, which may have risen after it took London-listed Essar Energy private last year.

On the Swiss bank’s estimates, that would make Essar one of the country’s most indebted family businesses after Anil Ambani’s Reliance Group and Anil Agarwal’s Vedanta.

Instead of extending and inadequately restructuring loans, banks in India have begun to offload high-profile but troublesome debts. Private lender HDFC Bank recently sold its exposure to Essar Steel to an asset reconstruction company, taking a 40 percent haircut on the sale, according to the Business Standard.

Dealing with risky exposures is critical to freeing up bank balance sheets and India’s ability to finance any eventual pickup in investment. Officially, stressed loans in the banking system account for around 11 percent of total assets. The real level is probably much higher.

Yet the potential sale of the Essar loans might not trouble the Ruias as much as it could. According to Bloomberg, StanChart has approached VTB Group to buy the loans. The Russian bank already has a relationship with the Essar group, which is deepening its ties with the former Soviet Union. The Ruias have signed a non-binding agreement to sell up to 49 percent of their subsidiary Essar Oil to Russia’s top oil producer Rosneft. Suppliers of cheap credit are becoming rare, but perhaps not quite rare enough.

Standard Chartered and other creditors are looking to sell off some of the loans made to Essar Global worth around $3.5 billion, according to a person familiar with the situation.

The emerging market lender, along with ICICI Bank and Axis Bank, has approached Russia’s VTB Group about buying loans to the holding company of the ports-to-steel conglomerate, which is controlled by the Ruia brothers, Bloomberg reported citing unnamed sources.

Standard Chartered said it cannot comment on individual client exposures but that the external environment is “quite challenging” and that it was “seeing stress across the banking sector”.

On Oct. 27 Essar Ports set a floor price of 93.7 rupees per share ($1.43) to delist its shares from the National Stock Exchange of India. The offer closes on Nov. 5 and the share price is currently 120 rupees.

Essar Ports has a $785 million market capitalization and is 74.31 percent owned by Essar Group, according to Eikon.

Credit Suisse estimates the Essar group of companies has gross debt of around 1 trillion rupees ($15.2 billion). That excludes debt held at the group’s holding company.