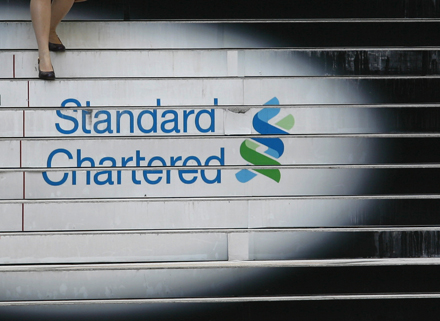 Being labelled an emerging-markets bank can be a mixed blessing. Standard Chartered’s shares have drifted in recent months as investors fret about growth, particularly in Asia. Yet while the bank is feeling the pinch in Korea and Southeast Asia, other markets are picking up the slack. Shareholders probably need to get used to Standard Chartered delivering a more varied performance.

For investors who have grown used to regular double-digit expansion, StanChart’s income growth of 4 percent in the first half looks distinctly pedestrian. Operating profit was equally subdued – and that’s before counting a $1 billion goodwill writedown on the value of StanChart’s South Korean business. Though the charge doesn’t affect cashflow or capital, it’s a reminder of how the country’s financial prospects have dimmed since StanChart expanded into the country through its biggest acquisition in 2005. Government rules to help consumers offload their hefty debts have eaten into earnings: South Korean banks currently earn a return on equity of about 4 percent. In 2005, the industry’s ROE was about 18 percent.

The slowdown in Southeast Asia is also weighing on StanChart. Operating profit fell 12 percent in the first half, as margins were squeezed and the bank’s earnings from managing its own balance sheet declined. There were some bright spots. In Hong Kong, the bank shrugged off the slowdown across the border in China to report an operating profit of more than $1 billion, up 19 percent. Earnings in India and some African countries also showed good growth.

This mixed bag is likely to be an increasing feature of the bank’s future results. That may make StanChart’s growth less uniformly positive, but it is also realistic for a bank that has enjoyed such a heady expansion. StanChart shares are up 13 percent from their June low, when investors were at their most gloomy about emerging markets, and trade at a 30 percent premium to book value. For now, the bank will be eager to remind them that not all developing economies are created equal.

Standard Chartered reported a pretax profit of $3.3 billion for the first half of 2013, down from $3.9 billion in the same period a year earlier, as the economic slowdown in Southeast Asia and a $1 billion goodwill writedown on its Korean operations weighed on its performance.
The bank said it did not expect to report its usual double-digit growth in income for the full year.
StanChart said Korea remains the bank’s most difficult market and warned that the second half would also prove difficult due to rising bad debts.
Operating income increased by 4 percent to $9.75 billion, excluding the effects of the fluctuating value of the bank’s own debt. The bank earned 88.1 cents per share, down from 117.6 cents in the first half of 2012. It paid out an interim dividend of 28.8 cents per share, up from 27.23 cents.
By 0930 GMT, StanChart’s London-listed shares were up 3.4 percent at 1,575 pence.