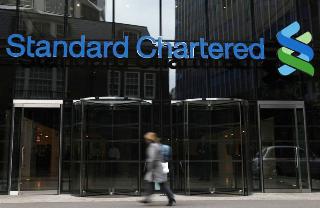 The emerging market lender has warned of a drop in 2013 operating profit, ending a golden decade of growth. The main problems are quite specific: hostile Korean regulation and subdued trading. Growth may be bumpier from here, but the share sell-off looks excessive.

A woman walks past a Standard Chartered bank in London. Markets reacted badly to a trading update from Standard Chartered last week, with many investors raising questions about the bank’s ability to sustain earnings growth as it ploughs cash into expanding its business in key emerging markets.

Standard Chartered on Dec. 4 warned that operating profit for 2013 was likely to be lower than in the previous year as the bank grapples with problems in Korea and increased margin pressures in its financial markets operations.

The bank said it expected operating profit in the Consumer Banking division to be down by a double-digit rate, entirely because of an estimated $200 million operating loss in Korea.

StanChart also said that revenue in the Wholesale Bank was broadly flat, as tighter margins weighed on its trade and cash management operations. The division’s operating profit is expected to be flat, as lower impairments for bad debts compensate for higher expenses.

Peter Sands, StanChart chief executive, said; “We are responding to near term challenges to ensure we strike the right balance between growth and returns, and have successfully managed costs tightly in light of the pressures on income.”