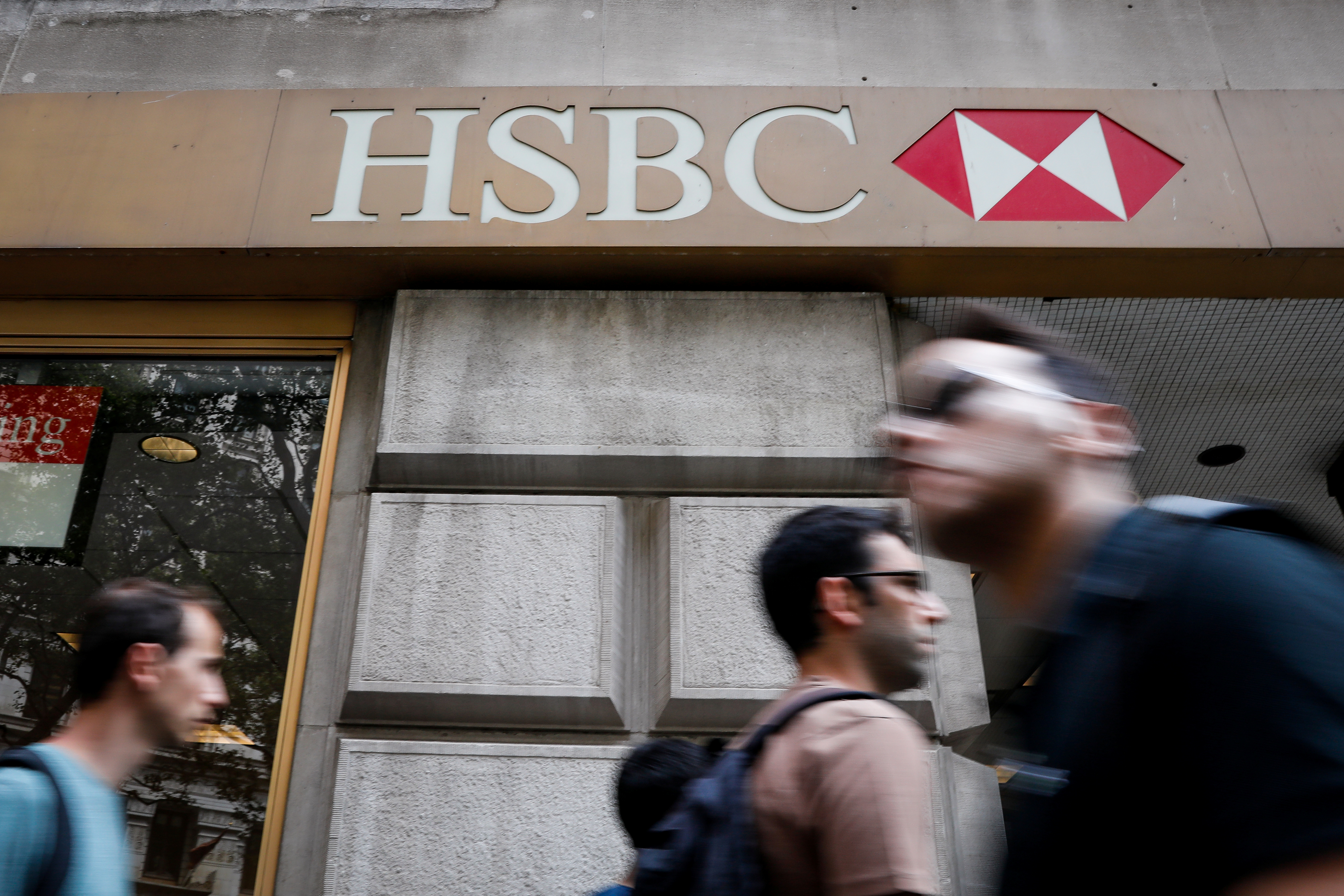 Noel Quinn may cut 10,000 jobs at the UK bank. A decisive move on costs would mark him out from predecessor John Flint and marginally boost pathetic returns in Europe. A bigger test of his suitability for the full-time job is whether he can sort HSBC’s struggling U.S. business.

People pass by an HSBC branch bank in the financial district in New York, U.S., August 7, 2019.

The move by Interim Chief Executive Noel Quinn, who took over from John Flint in August, is the lender's most ambitious attempt in years to cut costs, the newspaper said.

“There’s some very hard modelling going on. We are asking why we have so many people in Europe when we’ve got double-digit returns in parts of Asia,” said one person briefed on the matter, according to the FT.

The job cuts will focus mostly on high-paid roles, and will come on top of previously announced redundancies, the FT said. HSBC said earlier this year it would be laying off about 4,000 people.