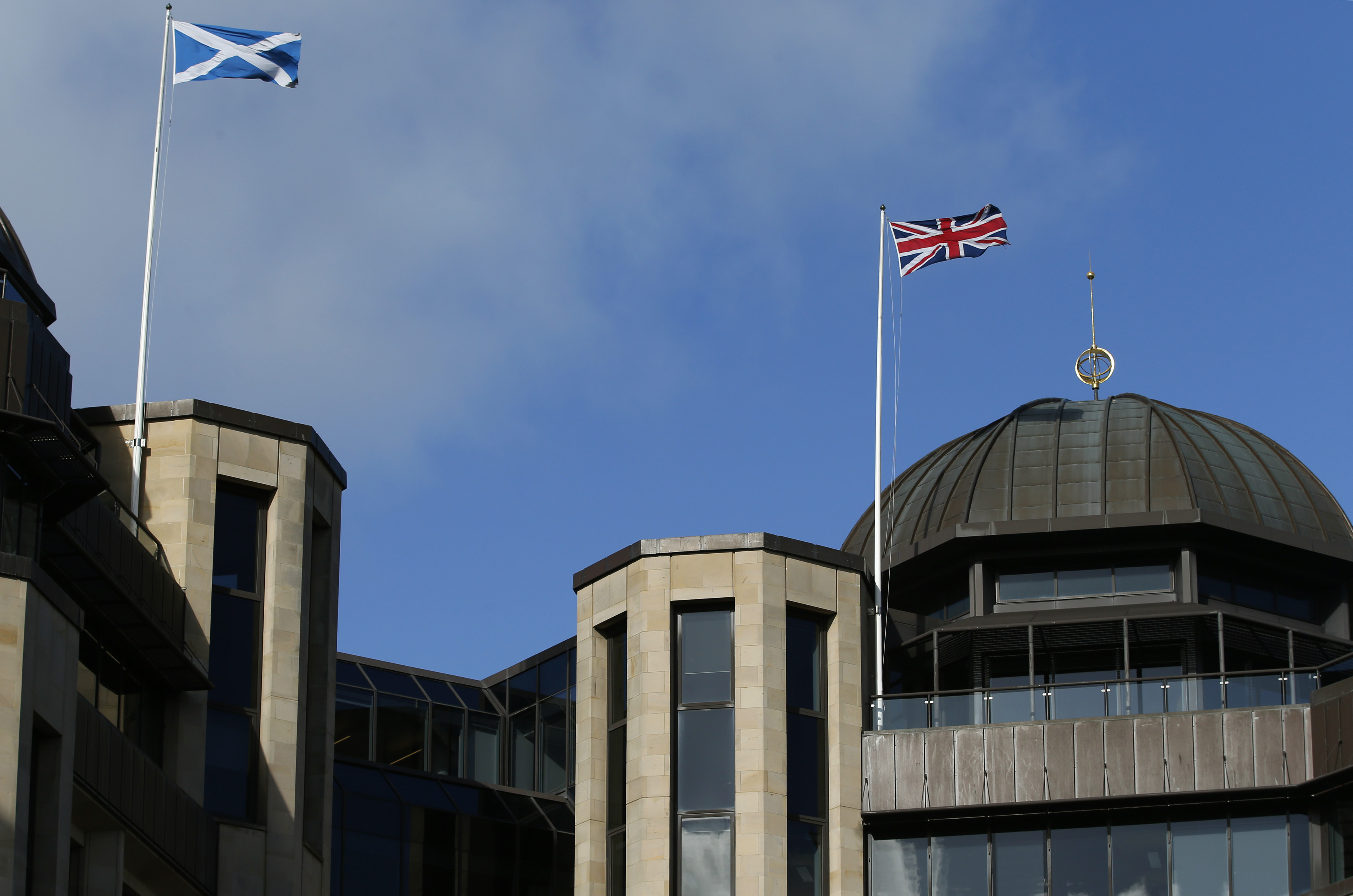 The Scottish asset manager is effectively taking over rival Aberdeen without paying a premium. That cushions it from the risk that teams don’t get on and clients snaffle the benefits. Yet embattled Aberdeen boss Martin Gilbert has also done better than might have been expected.

A Scottish Saltire flag (L) and a Union flag of the United Kingdom fly above Standard Life House in Edinburgh, Scotland February 27, 2014. Insurance and pensions heavyweight Standard Life became the first major company to warn it could move partly out of Scotland if Scots split from the United Kingdom, fuelling a political row over the financial impact of independence. The company, which has been based in Scotland for 189 years, revealed on Thursday that it had a contingency plan to partly move from Scotland, potentially putting 5,000 jobs at risk. REUTERS/Russell Cheyne (BRITAIN - Tags: BUSINESS EMPLOYMENT POLITICS TPX IMAGES OF THE DAY) - RTR3FS5S

Standard Life and Aberdeen Asset Management agreed to merge. Aberdeen shareholders will receive 0.757 new Standard Life shares for each of their own shares, giving them 33.3 percent of the enlarged group, the companies confirmed on March 6.

Standard Life shares rose as high as 9 percent in early morning trading, and were trading at 398 pence per share at around 1000 GMT, up 5 percent versus the close on March 3.