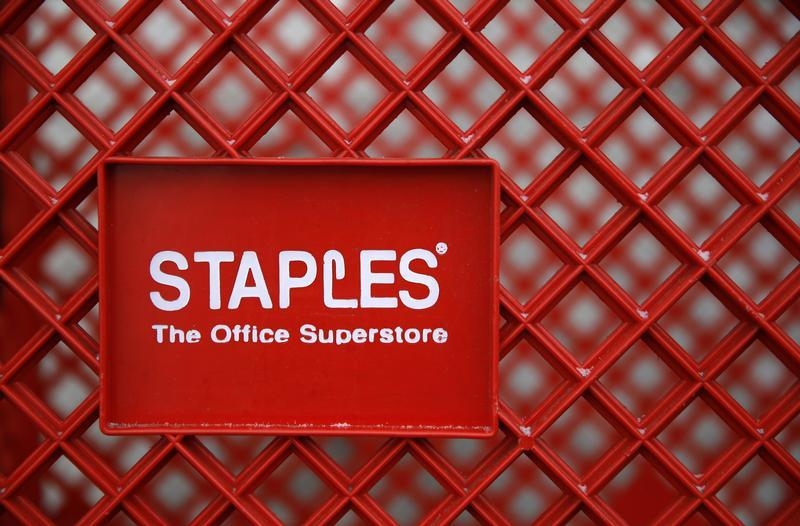 Ron Sargent is leaving weeks after antitrust concerns squelched its bid for Office Depot. The board did, at least, pay lip service to shareholders’ concerns last year about executive comp. But Sargent nets a huge pay day and remains chairman. It’s a lavish reward for failure.

A shopping cart outside a Staples office supplies store in Glenview, Illinois, February 4, 2015.

Staples on May 31 said that Ron Sargent would step aside as chief executive after the office supply retailer’s annual meeting on June 14. Sargent, who has been CEO since 2002, plans to remain as non-executive chairman through the end of Staples’ fiscal year in January 2017, assuming he is re-elected at the shareholders meeting.

“With the termination of the merger, we mutually agreed that now is the right time to transition to new management to lead Staples through its next phase of growth,” the company’s lead independent director, Robert Sulentic, said in a statement.