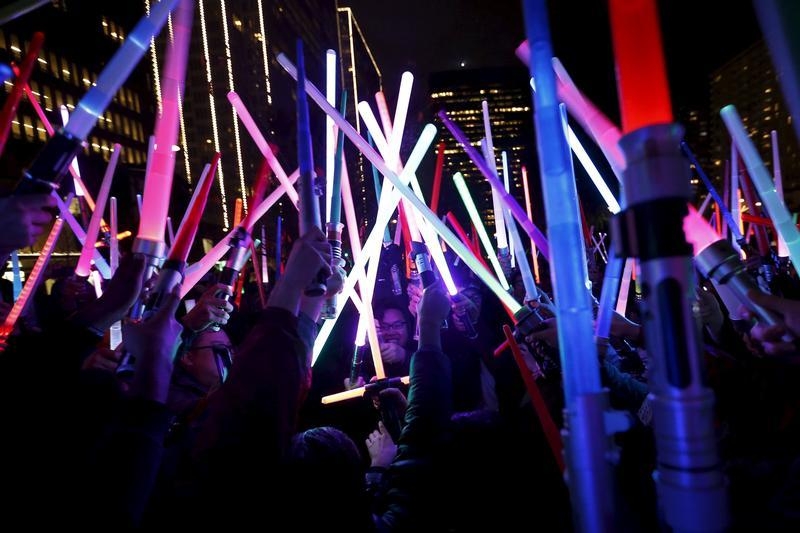 The new Star Wars movie is awakening new hope for Walt Disney’s returns. The latest adventure from a galaxy far, far away raked in a record $238 million in North America and $517 million overall. Based on returns for other cinematic blockbusters, the power of the Force could make Lucasfilm worth almost $20 billion.

That amount is five times what Disney paid for the franchise three years ago. The astronomical success of the sequel also adds some $6 billion to the conservative prerelease value Breakingviews calculated in a piece last week.

Here’s how the numbers add up. Assume that the opening U.S. weekend takings for “The Force Awakens” equate to the same 7.5 percent of eventual global sales that Christmas 2009 release “Avatar” enjoyed. That would translate to almost $3.2 billion in box-office receipts for the J.J. Abrams-directed extravaganza, a record. After costs, Disney would reap an operating profit of almost $1.3 billion – a handsome reward for those just in it for the money.

Fold in $500 million of operating profit from home entertainment and licensing fees. Then apply the total to the five other Star Wars movies Disney plans to produce – with a 25 percent discount in line with the average drop in revenue the saga’s previous sequels and prequels suffered. That yields an annual net income of $977 million. Apply Disney’s current multiple of 20 times next year’s estimated earnings, and Lucasfilm is worth $19.5 billion.

That might not be how the Force works, but it suggests a great return for the media giant run by Bob Iger.

The latest Star Wars movie, “The Force Awakens,” grossed $238 million in theaters in the United States and Canada, a record for opening weekend ticket sales. It also set records in Britain, Australia, Russia and elsewhere. Total sales from all regions came to $517 million.

The latest Star Wars movie, “The Force Awakens,” grossed $238 million in theaters in the United States and Canada, a record for opening weekend ticket sales. It also set records in Britain, Australia, Russia and elsewhere. Total sales from all regions came to $517 million.