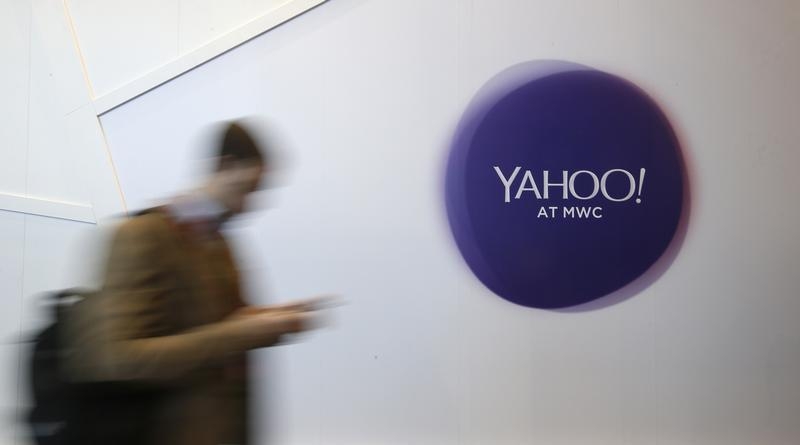 Starboard is going nuclear. The activist investor wants to replace all of $33 billion Yahoo’s directors with its own hand-picked slate. The pushy hedge fund run by Jeffrey Smith is correct that the internet company’s performance has been dismal under Chief Executive Marissa Mayer. But failure to secure control of the board could hobble Starboard’s attempt to force Yahoo to focus on selling its core internet and advertising business.

Smith’s firm deserves credit for backing its bark with bite. The investor holds almost 2 percent of Yahoo and has been highly critical of company blunders like its expensive $1 billion acquisition of Tumblr in 2013 that amounted to little other than a huge writedown.

It doesn’t help that Yahoo’s market share in its main business, advertising, keeps slipping. Yahoo’s total digital ad revenue is forecast to drop nearly 14 percent to $2.8 billion this year, research firm eMarketer reckons. Its share of search and display is set to drop below 2 percent worldwide.

Mayer has thrown together a spaghetti bowl of options and strategies to try to fix the company. These include a possible sale of its internet and ad business, selling its assets in Yahoo Japan, and a roadmap that seems to be going nowhere to fix the struggling giant.

Granted, she was handed a difficult task that none of her five predecessors was able to manage. And shareholders haven’t exactly suffered since Mayer took the helm in 2012: the total return on the stock is nearly 120 percent, according to Thomson Reuters data. That’s thanks to the rise in its Alibaba stake, which now accounts for most of Yahoo’s market value.

Starboard may be so emboldened to replace the Yahoo board because it succeeded with a similar strike against Darden Restaurants. But that was a much smaller company – some $8 billion in market value – and the activist had a bigger stake.

Mayer is a beneficiary of an earlier activist attack on Yahoo. The proxy fight Daniel Loeb’s Third Point launched in 2012 ended up installing her as boss – after the fund targeted just four board seats. Starboard may discover that a more focused aim works better.

Starboard Value launched a proxy fight with Yahoo on March 24 with the aim of replacing the internet company’s entire nine-person board with a slate of its own nominees, including the hedge fund’s chief executive, Jeffrey Smith.

Starboard said in its letter to Yahoo shareholders: “We have been extremely disappointed with Yahoo’s dismal financial performance, poor management execution, egregious compensation and hiring practices, and general lack of accountability and oversight by the board.”

Yahoo said in a statement that it will review Starboard’s slate and respond in due course.

Starboard owns 1.7 percent of Yahoo, which has a market value of $33 billion.