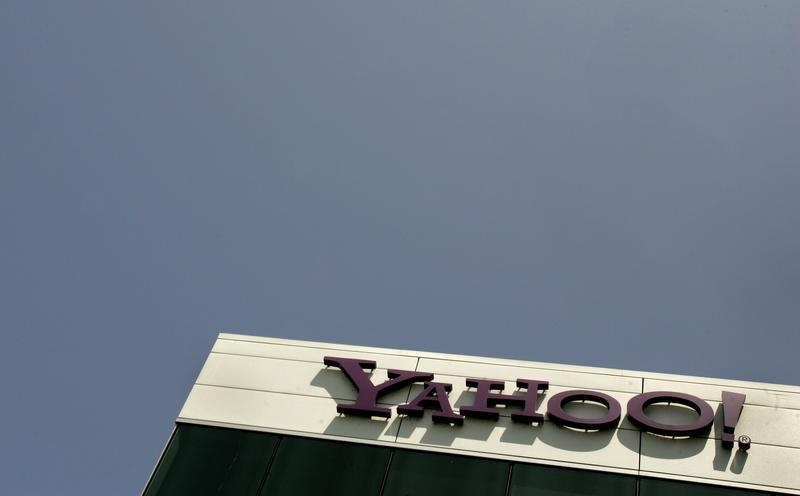 Starboard Value may be flip-flopping in vain on Yahoo. The activist investment firm now wants the $31 billion web company to offload its own relatively small operations rather than its huge stake in Alibaba. However it is engineered, though, the real problems for Yahoo boss Marissa Mayer will remain.

Jeff Smith of Starboard, famous for his detailed plans to fix eatery-chain owner Darden Restaurants including the breadstick policy at Olive Garden, had supported Mayer’s belabored effort to shift the Alibaba holding into a separately traded company. The stake is worth around $30 billion and Yahoo reckons it would be a tax-free transaction. With U.S. authorities refusing to bless the idea in advance, Smith has changed his mind and prefers the idea of Yahoo becoming the Alibaba vehicle itself and getting rid of its operating businesses.

How Yahoo carves itself up isn’t really the point any more. When it comes to Alibaba and an $8 billion stake in Yahoo Japan, as long as the shares sit in one or more holding entities that are a step removed from investors, they’re likely to be discounted. And assuming the planned spinoff will not be taxed, whichever mechanism is selected will leave a tax liability should the underlying shares ever be sold.

The worry is that if the Internal Revenue Service doesn’t play ball it could crystallize a bigger tax bill, perhaps $10 billion or more, as soon as the spinoff happens. Though that’s a risk, Yahoo’s legal advisers say otherwise. And Starboard’s switcheroo obscures Mayer’s day-to-day challenge, which the hedge fund also recognizes: the failure so far to turn around the bits of the company she actually runs.

Yahoo investors have reasons to be disappointed that Mayer hasn’t made greater headway after more than three years as chief executive. With a lengthy Alibaba spinoff process, initiated partly in response to shareholder pressure, well under way, it’s odd that Starboard would choose to distract her from the task at hand. As is clear from Yahoo’s struggles, which predate Mayer’s arrival, rejuvenating an early internet pioneer is much harder than rearranging the menu at an Italian restaurant.

Activist investor Starboard Value on Nov. 19 asked Yahoo to drop plans to spin off its stake in Alibaba due to tax concerns, and instead urged the company to sell its core search and display advertising businesses.

The hedge fund had supported the sale of Yahoo’s stake in Alibaba, worth around $30 billion, before the U.S. Internal Revenue Service in September denied a request for an advance ruling on whether the spinoff would be tax free.

Yahoo’s current net cash holding and the funds raised from a sale of the business could be returned to shareholders through buybacks and dividends, Jeff Smith, Starboard’s chief investment officer, said in a letter to Yahoo.

Starboard, which called itself a “significant shareholder,” said it made the letter public as efforts to talk with the company privately over the past year had not yielded positive results.