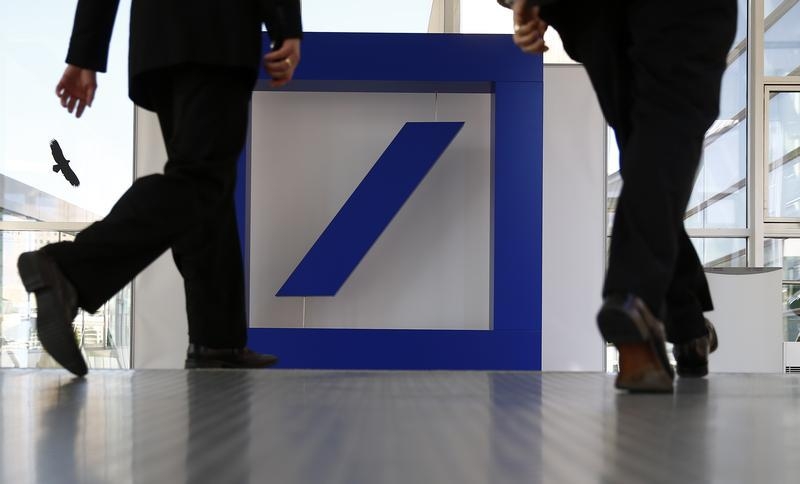 The stars are aligning for an era of German banking consolidation. Commerzbank and Deutsche Bank held discussions in August about a possible tie-up, Reuters reported on Wednesday. While these came to nought, the wider logic of banking mergers is becoming increasingly compelling.

Germany’s banking market is highly fragmented. Assets of the top five banks represent only 32 percent of the market, according to ECB data – well below the European average. Germany still has a welter of cooperative-owned and public-sector savings banks.

Without the benefits of scale, persistently low interest rates bite. The sector’s net interest margin – which shows the difference between the interest banks earn and what they receive – was only about 1.25 percent last year, according to rating agency Moody’s, again less than the euro-zone average. Meanwhile, costs relative to revenue are higher at German banks than at continental peers. And in a scenario where rates fell 100 basis points by 2019, net interest income could fall by 32 percent, Bundesbank research indicated in June.

Given that, a merger of the 7.7 billion euro Commerz and 17.8 billion euro Deutsche Bank would make some sense. Even stripping out just 10 percent of Commerz’s costs might add around 5 billion euros to the value of the combined business, on a net present value basis, and should bump up returns. As it is, neither bank is earning a return greater than its cost of equity, the minimum a shareholder ought to require.

Seen from a broader perspective, a union of Commerz and Deutsche would be beset with difficulties. Commerz still has a minority government stake, so Deutsche shareholders would be signing up for unwanted oversight. Being bigger in Germany might mean higher capital requirements under global too-big-to-fail guidelines. And both banks have faced fines for bad behaviour in the past.

That doesn’t stop either of them sniffing around elsewhere. France’s BNP Paribas is expanding in Germany. And Italy’s UniCredit has a big German arm, HVB, the Bavarian strength of which might complement Commerz’s operations. Even if Deutsche and Commerz don’t belong together, other combinations may not be long in the making.

People walk past a Deutsche Bank logo ahead the banks annual general meeting in Frankfurt May 21, 2015. REUTERS/Kai Pfaffenbach TPX IMAGES OF THE DAY - RTX1DW9T

Deutsche Bank and Commerzbank executives held talks on a potential merger of Germany's two biggest banks earlier this month before ultimately rejecting the idea, Reuters reported on Aug. 31, citing a source familiar with the matter.

Speaking at a financial conference on Aug. 31, Deutsche Chief Executive John Cryan said: "There are simply too many banks in Germany. Unlike in Spain, France or northern Europe, there has never been a major move towards mergers. The result: fewer economies of scale, more competition, higher price pressures. We need more mergers, at a national level, but even also across national borders. Only then can we be profitable in the long run. And only then can we compete internationally."

Asked if he sees the time coming when Deutsche will engage in large takeovers, Cryan said: "Not any time soon", according to Reuters.

Separately, the Wall Street Journal reported on Aug. 31 that Deutsche Bank has in recent weeks considered selling all or part of its asset-management business, citing people that said it is in fact unlikely to happen.

Shares in Deutsche Bank rose 2.5 percent from the previous day's close to 13.21 euros. Shares in Commerzbank were up 3.4 percent, at 6.31 euros.