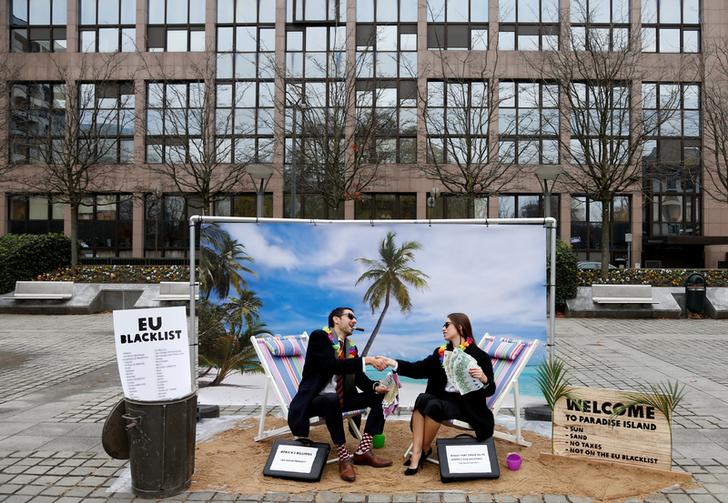 France and Denmark want to ban companies operating out of tax havens like Panama from Covid-19 help. That’s fair but may only exclude a few firms. Forcing those which tap state aid to disclose how much tax they pay in each country would offer a bigger anti-avoidance boost.

Activists stage a protest on a mock tropical island beach representing a tax haven outside a meeting of European Union finance ministers in Brussels, Belgium, December 5, 2017.

Countries including France, Denmark and Poland have vowed to exclude companies operating out of tax havens from state help being offered to fight the novel coronavirus emergency. Sweden, Belgium and Italy are also discussing such measures.

The European Union has put a dozen countries on a “blacklist” of jurisdictions it deems uncooperative in tax matters. Countries on the list include Panama and the Cayman Islands.

A European Commission 2016 draft bill that would oblige large multinationals to publicly disclose tax paid and key financial indicators for each individual state in which they operate was stalled in November due to disagreements among member states.