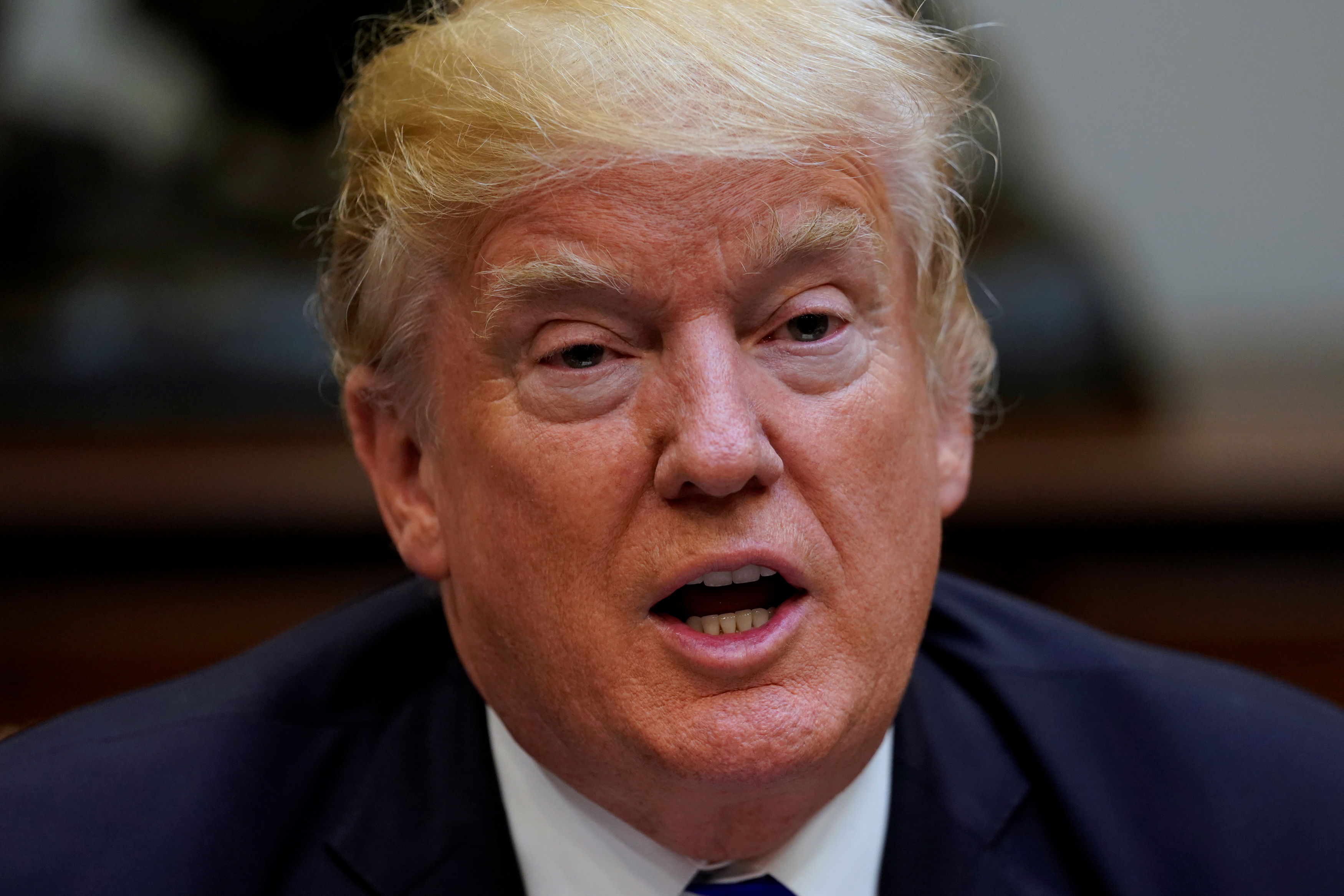 GOP leaders want to scrap the break that mainly helps upper-income earners in Clinton-backing locales like New York. It raises $1.3 trln over a decade to help offset tax cuts. Yet all states take advantage of the deduction, which includes sales tax. It sets up a bruising fight.

U.S. President Donald Trump delivers remarks to reporters as he meets with members of the House Ways and Means Committee about proposed changes to the U.S. tax code at the White House in Washington, U.S. September 26, 2017.

U.S. President Donald Trump and Republican congressional leaders on Sept. 27 plan to provide more details about their tax plan, which would mostly cut individual income and corporate tax rates in a major push for reform. The seven tax brackets for individual rates would shrink to three, with the new rates pegged at 12, 25 and 35 percent, according to senior administration officials. Currently the lowest rate is 10 percent while the highest is 39.6 percent. The plan would also eliminate most itemized deductions, including the provision for state and local taxes.

On the corporate side, the rate would be cut from 35 percent to 20 percent. Businesses that are set up as so-called pass-throughs, which include partnerships and limited liability companies, would see their rates cut to 25 percent. Companies would also be able to write off the entire cost of new investments for at least five years, while interest deductibility will be partially limited.

The plan did not detail the income brackets for which the individual income tax cuts apply, nor did it provide revenue estimates. Trump will talk about the plan during a speech in Indiana in the afternoon of Sept. 27.