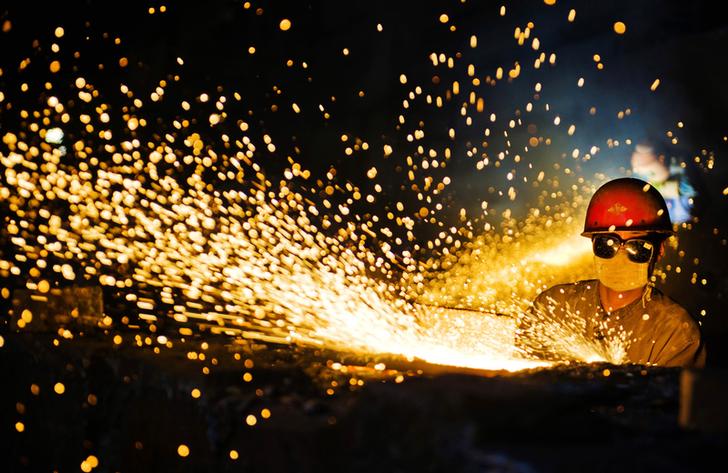 The German engineer may pool its European steel assets with Tata’s Dutch unit. ThyssenKrupp’s share of the synergies could be worth almost 1 bln euros. Halving its conglomerate discount would double the benefits. So far, the market is pricing in only half of the potential.

Shares in German steel and engineering group ThyssenKrupp have risen more than 14 percent since rival Tata said on March 30 that it planned to sell its UK steelmaking business.

After a retreat from the UK, Tata may pool its plant in the Dutch city of IJmuiden with ThyssenKrupp’s Steel Europe operations, Germany’s Rheinische Post reported on April 1, citing government sources in Berlin.

On April 11, more than 40,000 German steelworkers protested against the dumping of Chinese steel, EU climate regulations and industry consolidation.

“We know that our top-paid managers are engaged in a kind of secret diplomacy and are forging plans for consolidation,” Guenter Back, head of ThyssenKrupp Steel Europe’s central works council, told workers at the rally in Duisburg. “We are not prepared to be bystanders.”