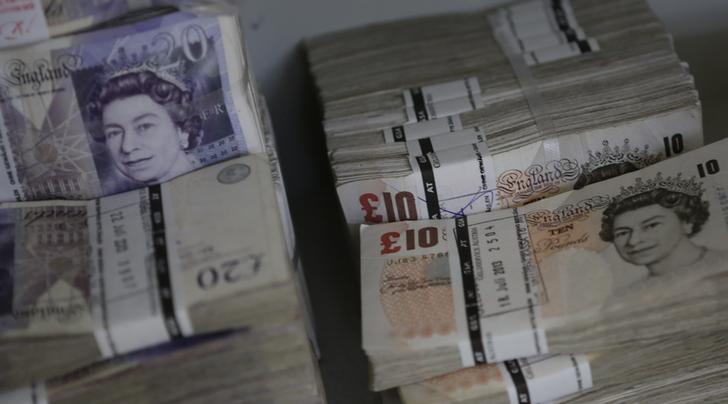 Is sterling now a safe haven? Not exactly – the pound has too much going against it for that, including dovish rhetoric on monetary policy from Mark Carney, the new head of the central bank. But in the currency contest, the UK looks less handicapped than most of its major rivals.

The pound has two major foes. Carney is enemy number one. His forward guidance of years of negative real interest rates is an invitation to sell. Enemy number two is trade, a UK deficit on current account running at an unusually high 3.6 percent of GDP. Earnings on foreign investment are depressed, as are exports to the euro zone, up only 3 percent in the past year.

But then again, the euro is hardly inviting. Outside of Germany, the single currency zone’s economy remains weak – while the UK is showing signs of faster GDP growth – and the European Central Bank has at least as strong a contingent commitment to money printing as the Bank of England. Mario Draghi, Carney’s counterpart in Frankfurt, has made a firm promise of Outright Monetary Transactions, whenever they are necessary.

As for the United States, the Federal Reserve is talking about monetary tightening, which would be positive for the dollar. But the right comparison is of actions, not words. While the Fed may taper quantitative easing, the asset-purchasing programme is currently running at an absurd 6 percent of GDP. The BoE’s actual QE amounts to zero.

Then there is the yen. It is unsafe, what with Japan’s fiscal deficit, which now exceeds Britain’s and America’s as a share of GDP – and the money-printing tap still open wide. How about the Swiss National Bank? It is a free printer with an expensive currency that may soften. The Australian dollar was strong, but no longer; as commodity prices and growth are softening and interest rates go down under.

The pound is unlikely to soar, but it will not plunge unless growth stalls or the BoE surprises with QE. And, at $1.55 and with the euro worth a pricey 86 pence, the price is reasonably low.

Wads of British Pound Sterling banknotes are stacked in piles

The pound traded slightly down against the U.S. dollar on Aug. 12 at $1.546 as the dollar rebounded from a seven-week low against major currencies on Aug. 8. The euro also traded slightly up against the pound, at 86 sterling pence.
British 19th century novelist Jane Austen will become the face of the new 10 pound note, the Bank of England said on July 24, defusing criticism that women are under-represented on the country’s currency.