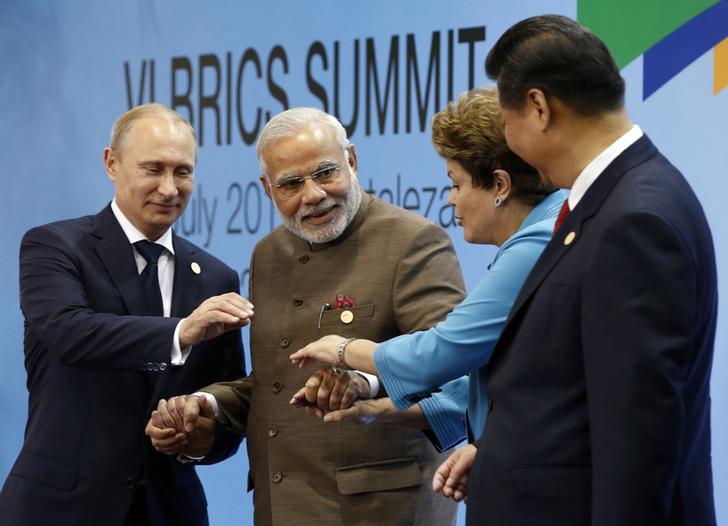 The BRIC ideal is worth keeping. While all four members of the most popular emerging nations club – Brazil, Russia, India and China – face some troubles, the basic idea behind the grouping looks sound.

Strategist Jim O’Neill, then of Goldman Sachs, coined the acronym in 2003. He was often ridiculed for the grouping of Brazil, Russia, India and China. The sceptics said that the only thing that these countries had in common was size – they were the four largest developing economies. The sniping continues, and intensifies whenever a BRIC country stumbles.

But O’Neill has been a lot more right than wrong. He claimed that GDP would steadily grow faster in these economies than in the developed world. Since 2003, the BRIC four’s share of global GDP, as calculated by the International Monetary Fund, has increased from 20 percent to 29 percent while the share of what might be dubbed the Rich Seven – the United States, Japan, Germany, France, the UK, Italy and Spain – has shrunk from 42 percent to 32 percent.

The trend has slowed in the last five years and three of the four BRIC lands currently look shaky. Russia, which the IMF expected to provide 3.3 percent of world GDP in 2014, is likely to fall back sharply in 2015. China is under financial strain and Brazil’s deep structural problems have again come into prominence.

But even a severe Russian recession won’t change the big picture, not least because the comparison is with an ageing and financially impaired Rich Seven. Living standards are very likely to keep rising faster in the “BIC” countries, and also in Mexico, Indonesia and other poor economies.

O’Neill presented the BRIC countries as an investment case as well as an economic thesis. The market side has not worked as well for him recently. The MSCI BRIC index has outperformed the leading stock market indices in the United States, Japan and the euro zone over the last decade in dollar terms. But it has lagged all of them badly in the last five, falling 5 percent versus gains of 6 to 13 percent for the main United States, European and Japanese equity benchmarks. It looks like markets simply got far ahead of an attractive reality.

Since the end of 2009, the BRIC index has declined by 5 percent, while the three developed market indices have increased by 13.2 percent, 6.2 percent and 10.8 percent respectively.

Since the end of 2009, the BRIC index has declined by 5 percent, while the three developed market indices have increased by 13.2 percent, 6.2 percent and 10.8 percent respectively.