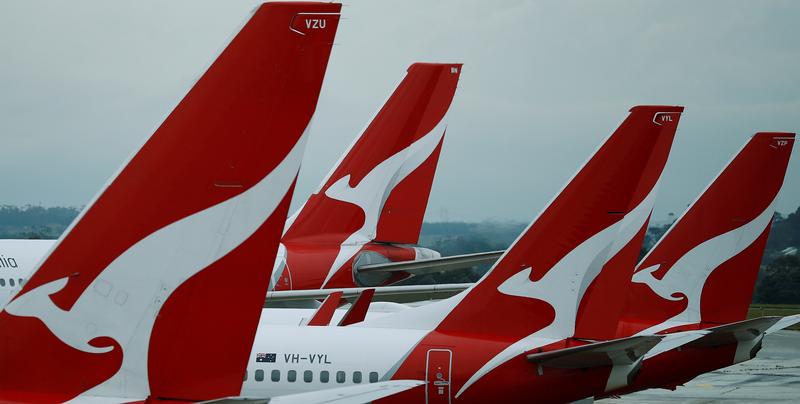 Australia’s flag carrier said fuel costs pulled first-half earnings down by nearly a fifth to $559 mln. Domestic business proved resilient, though; its fleet and balance sheet are in good shape too. Choppy weather lies ahead, but Qantas looks sturdier than higher-valued rivals.

Qantas Airways, Australia’s flag carrier, on Feb. 21 reported first-half underlying profit before tax of A$780 million ($559 million), down from a record A$976 million a year ago, after its international business was hit by a rise in fuel costs.

The group said it would pay an A$0.12 interim dividend and would buy back stock worth up to A$305 million. Net debt at A$5.2 billion stood at the bottom end of its target range.

Qantas shares were down around 1 pct in morning trade in Sydney.

Hong Kong’s Cathay Pacific said on Feb. 20 that it would swing to a profit of about HK$2.3 billion ($293 million) for 2018 after two years in the red. Before the announcement, 15 analysts polled by Refinitiv I/B/E/S had on average expected the airline to post a profit of HK$1.1 billion for 2018. Shares in Cathay jumped almost 9 percent.