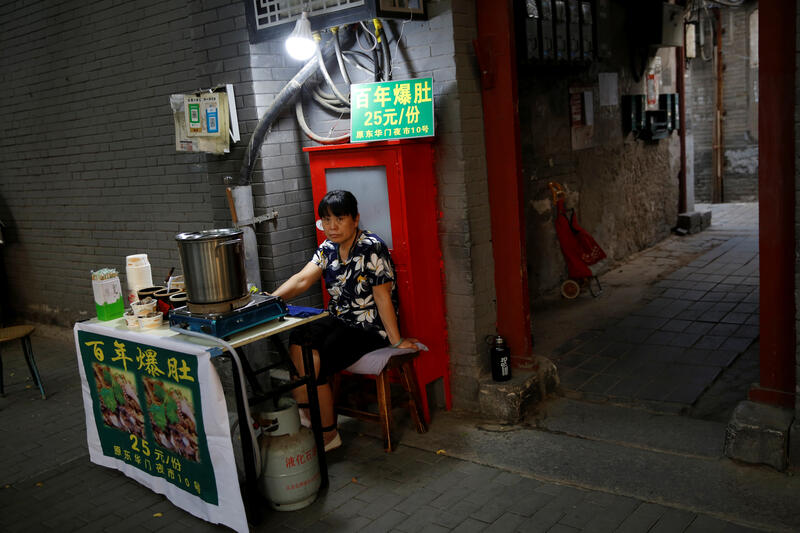 Some cities let noodle and knick-knack stalls back onto roadsides after Premier Li Keqiang endorsed reviving them. His idea is already being rolled back after attacks by state media. Wealthy urbanites who prefer hiding the poor to helping them are sabotaging worthwhile stimulus.

A woman sits at her street food stall near a residential neighborhood in Beijing, China June 5, 2020.

Chinese Premier Li Keqiang on May 28 called for reviving the “stall economy,” which has slowly been squashed over the years, to help lift the country’s earning and spending. He had previously noted in a speech during the annual meeting of China’s parliament in May that China still has 600 million people living on a monthly income of 1,000 yuan ($141) per month.

Following Li’s remarks, some cities, including the capital of Sichuan province Chengdu, immediately moved to allow stands to set up in public spaces.

State newspaper Beijing Daily in an editorial on June 6 questioned whether the capital was “a proper place for street vendors”. Other state media have raised similar concerns.