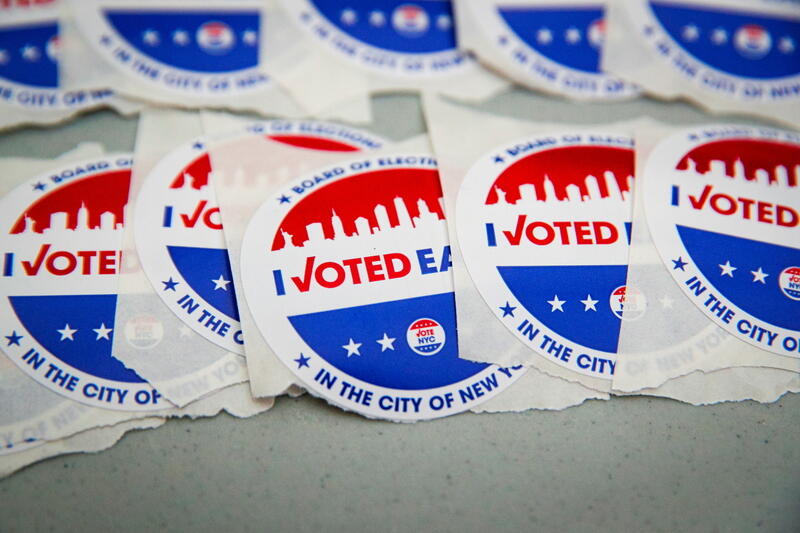 Opinion surveys once again underestimated Republican support in the U.S. presidential election. Yet backup options, like economy-based models and prediction markets, have their own problems. Investors’ safest bet is to watch the polls – then apply their own analytical scepticism.

"I Voted" stickers are seen during early voting at the Brooklyn Museum in the Brooklyn borough of New York City, New York, U.S. October 29, 2020.

Joe Biden won the U.S. presidential election for 2020, according to results tallied by multiple sources including Edison Research on Nov. 7.

In the 39 states where 98% or more of the vote had been counted as of Nov. 12, the vote-share margin between Biden and Trump was on average 6 percentage points different to the polls, according to a Breakingviews analysis based on FiveThirtyEight pre-election polling averages.