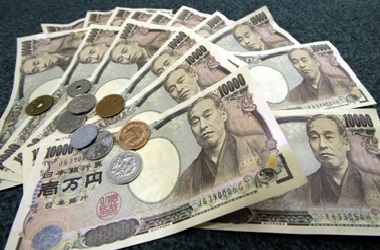 A stronger yen heightens the pressure on the Bank of Japan. Sharp moves in the currency set back Prime Minister Shinzo Abe’s plan to revitalise Japan’s economy. But intervention – selling yen and buying dollars – would be unpopular abroad. The central bank, already deep in experimental territory, may need to do more.

As of early afternoon in Tokyo on April 8, one dollar bought about 108.60 yen, versus more than 120 at the start of the year. The currency’s resurgence owes something to the weaker dollar, but also reflects Japan’s unlikely but enduring status as a “safe haven”: a place to park money amid rising concerns about U.S. presidential elections and Britain’s potential exit from the European Union, among other things.

A key plank of “Abenomics” has been huge amounts of BOJ bond-buying, which helped to take the yen from 85 to about 120 against the dollar in the two years after Abe took office, and handed record profits to Japan’s export-heavy corporate sector. So the partial reversal is a headache: the threat to earnings has knocked the stock market, in turn denting investor sentiment and confidence in Japan’s reforms. A stronger yen also means less imported inflation and bodes ill for government coffers because it translates into lower taxes on wages and profits.

Japanese officials are trying to talk the currency back down. But if the jawboning proves ineffective, it’s not obvious what else they can do. Simply selling yen would undercut Abe’s recent statement, echoing February’s Group of 20 agreement, that countries should avoid “competitive devaluation” and “arbitrary intervention”. Such a move would be unpopular in Washington and elsewhere, and especially awkward as Japan prepares to host a summit of the Group of Seven developed countries in May.

That puts the spotlight on the BOJ, whose next policy meeting is later this month. It could conceivably buy even more bonds, focus more on riskier assets, or push deeper into negative interest rates. But the BOJ already presides over an enormous balance sheet, with the bond-buying programme totalling a huge 80 trillion yen a year. Meanwhile, January’s surprise introduction of negative rates has not only proved deeply unpopular but is still bedding down. The BOJ cannot take the risk of letting markets think it has run out of ammunition, so it may want to hold back. The newly robust yen could be here to stay.

Japanese Finance Minister Taro Aso on April 8 ratcheted up the warning against a rapid rise in the yen, saying the government would take steps as needed to counter “one-sided” moves in the currency market.

A day earlier, the dollar fell below 108 yen for the first time in 17 months with investors betting that Japan would refrain from intervention.

“A rapid move toward either yen rise or yen fall is not desirable. It is desirable that currencies are stable at levels that match the economy’s fundamentals,” Aso told reporters after a cabinet meeting.