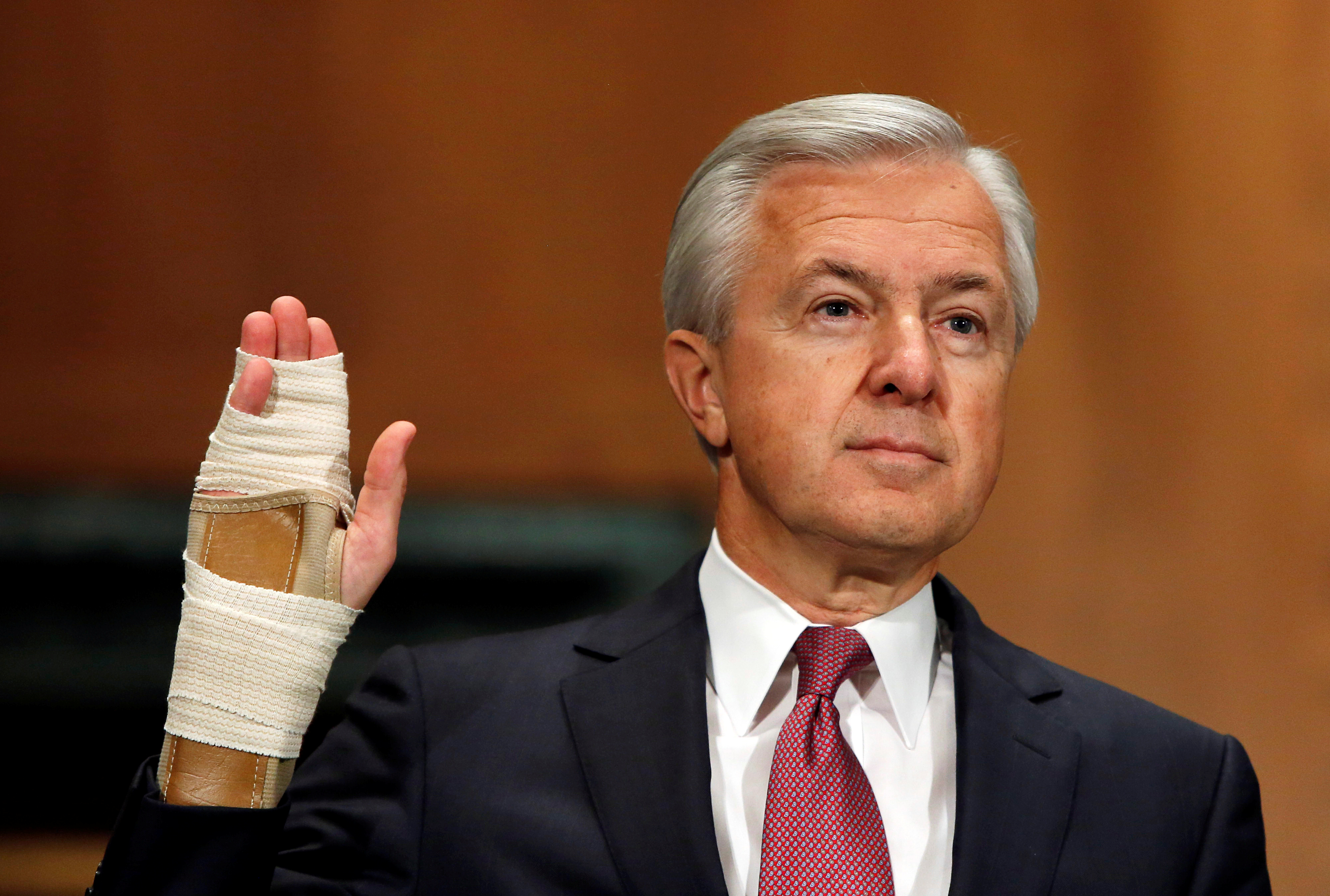 Elizabeth Warren fired the most effective broadsides at the Wells Fargo boss during a Senate grilling over alleged fake accounts. Stumpf apologized but also made excuses and hid behind his board. He didn’t look like the best person to rehabilitate the bank’s sullied reputation.

Wells Fargo CEO John Stumpf is sworn in before testifying at a Senate Banking Committee hearing on the firm's sales practices on Capitol Hill in Washington, U.S., September 20, 2016.

During testimony before the Senate Banking Committee on Sept. 20, Wells Fargo Chairman and Chief Executive John Stumpf said he is "deeply sorry" for an alleged fake-accounts scandal that resulted in a $185 million regulatory fine. Senator Elizabeth Warren called on Stumpf to resign and said he should be criminally investigated. Other lawmakers said he should have his compensation clawed back.

"I want to apologize for not doing more sooner to address the causes of this unacceptable activity," said Stumpf, who added that the bank's board has the tools to hold executives accountable. He said he would accept whatever decision is made about him and others.

Wells Fargo was accused of opening more than 2 million deposit and credit-card accounts that may not have been authorized by customers. The bank settled with the U.S. Consumer Financial Protection Bureau, the Office of the Comptroller of the Currency and the Los Angeles City Attorney.