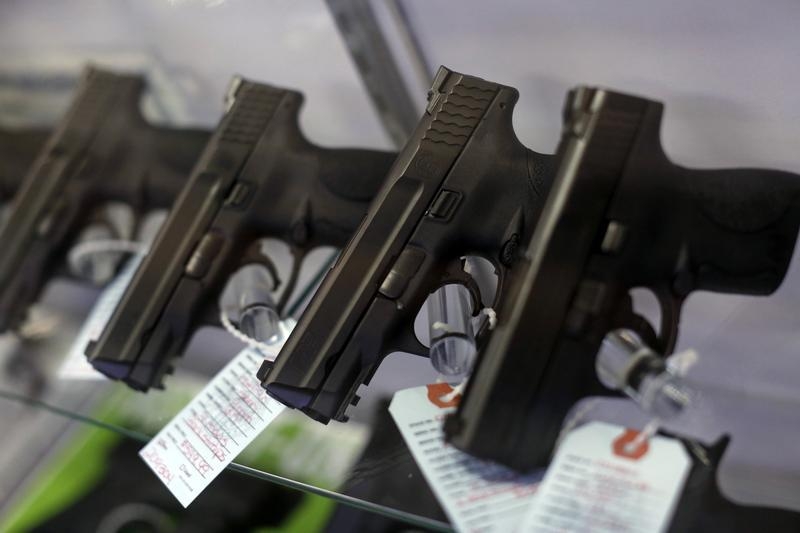 Investors overrode executives to back a proposal from Catholic nuns demanding that the maker of AR-15 assault-style weapons report on what it’s doing to make firearms safer. It’s part of a growing realization that America’s gun violence problem has business implications, too.

Handguns are seen for sale in a display case at Metro Shooting Supplies in Bridgeton, Missouri, November 13, 2014.

Sturm Ruger on May 9 said a majority of its investors supported a shareholder resolution calling on the company to report on its efforts to research and produce safer guns and gun products.

Saying “the shareholders have spoken,” Chief Executive Christopher Killoy said the company would comply with the proposal but that it would not change “what we stand for.”

The Sisters of the Holy Names of Jesus and Mary of Marylhurst, Oregon proposed the resolution, according to the company’s annual proxy statement.

Colleen Scanlon of Catholic Health Initiatives, lead filer of the proposal, said in a statement: “Although Sturm Ruger has in the past asserted its support of gun safety measures, we see no evidence of the company’s efforts to produce safer gun products for use by the public.”