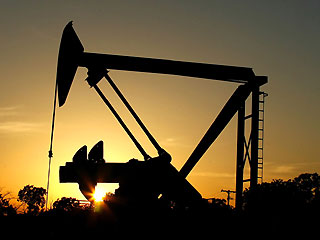 The Organization of the Petroleum Exporting Countries can be a fractious club. Past spats have often stemmed from the hugely different crude prices member countries needed to balance their books. Now, even Nigeria’s ultra-low $20 a barrel mark six years ago is up to $80. If prices fall anywhere near that level, OPEC will reunite.

As recently as 2008, Saudi Arabia could balance the government budget with the oil price as low as $50 a barrel. The United Arab Emirates could get by with just $20 or so. Small wonder that these producers came into conflict with nations like Iran that needed $80-a-barrel crude just to make ends meet.

But the gaps have been narrowing. This is partly due to uprisings across the Middle East. Saudi, for one, has dipped into the government purse to pay off its citizens and now requires $80 a barrel to avoid budget deficits, according to the International Monetary Fund. This aligns it much more closely to the likes of Iran and Venezuela, traditionally the OPEC members keenest to keep oil prices bubbling higher.

Nigeria’s story is similar. Costly efforts to calm militant unrest in the Niger Delta have fueled a sharp rise in the oil price needed to avoid a current account deficit. And spending on trophy assets and financial bailouts has pushed up the price of oil required by the UAE to keep the government in the black to around the $80 mark too – a $60 leap in just three years.

So the number of OPEC nations able to tolerate low oil prices is shrinking. Given this increasing unity of interests it might seem strange that OPEC’s last meeting in June was among the most acrimonious in 20 years. Perhaps with Brent crude well above even the $90 budget breakeven point for Venezuela, members could afford the luxury of a fraternal brawl.

Tight supply and fears surrounding Iran’s nuclear ambitions may keep Brent above $100 a barrel. And an Iranian call this month for an output cut could herald further argument at the next OPEC meeting in December. But any sign of the oil price heading towards or much below $80 a barrel, and harmony would be quickly restored.

Traditionally wide divergences in the minimum oil price needed to balance government budgets have narrowed sharply among the 12 members of the Organization of the Petroleum Exporting Countries.

In 2008 Saudi Arabia could balance its budget with an oil price of $50 a barrel. It now requires about $80 a barrel, according to data from the International Monetary Fund. Iran’s breakeven oil price has remained almost constant over the same period at about $83 a barrel.

In June, OPEC failed to agree on quotas for crude production for the first time in two decades. “It was one of the worst meetings we’ve ever had,” according to Saudi Oil Minister Ali al-Naimi. The cartel’s next meeting is set for Dec. 14 in Vienna.

Forecasts in a Reuters poll of 32 analysts published on Sept. 28 showed Brent averaging $106.80 a barrel next year despite fears of a global economic downturn.