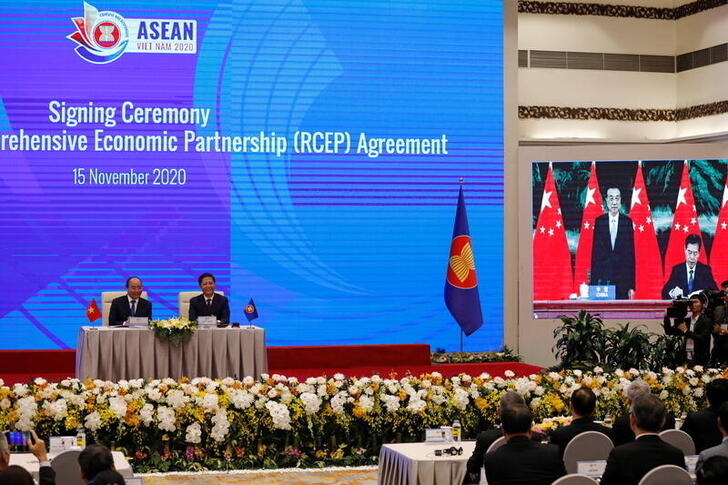 Fifteen nations accounting for 30% of global GDP will slash tariffs and ease the movement of goods in the region. India’s absence is among the disappointments of the long-awaited pact. Even modest progress counts for a lot considering the sad state of U.S. and UK trade affairs.

The deal groups the 10-member Association of Southeast Asian Nations, China, Japan, South Korea, Australia and New Zealand. Combined they account for about 30% of the world’s GDP and population.

RCEP aims to progressively lower tariffs across many areas. There were no details on which products or countries would see an immediate reduction in levies.

It is the first time China, Japan and South Korea have been in a single free trade agreement together. India pulled out of the talks in November 2019, but ASEAN leaders said the door remained open for it to join.