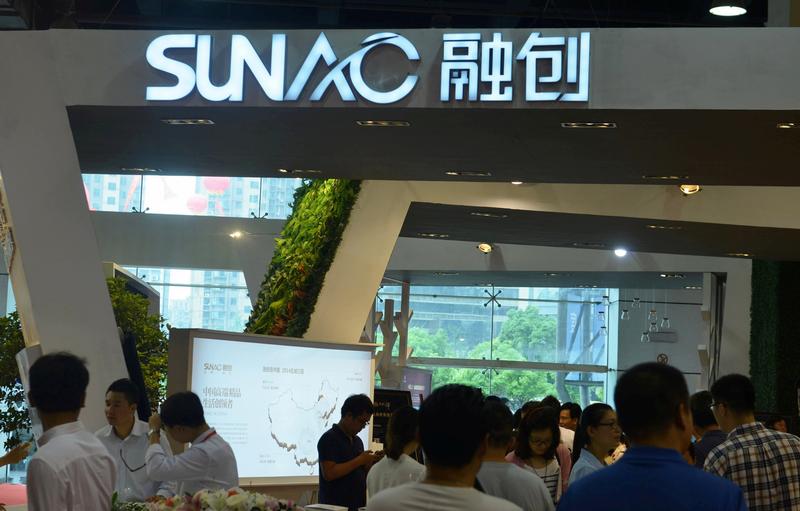 The indebted developer is taking a big portfolio of tourism and hotel properties from Dalian Wanda, allowing the latter to reduce debt. Sunac has already splashed cash to help troubled tech startup LeEco. The latest overtures will add to Sunac’s imposing mountain of leverage.

FILE PHOTO: Sunac China Holdings Ltd logo is seen during a exhibition in Hangzhou, Zhejiang province, China, May 25, 2015. Picture taken May 25, 2015. China Daily/via REUTERS/File Photo ATTENTION EDITORS - THIS IMAGE WAS PROVIDED BY A THIRD PARTY. EDITORIAL USE ONLY. CHINA OUT. NO COMMERCIAL OR EDITORIAL SALES IN CHINA - RTX3ARO0

As part of the deal, Wanda will sell 91 percent of 13 cultural tourism projects to Sunac, including theme parks and leisure complexes, as well as 76 hotels.

Wanda added that Sunac will be responsible for all the outstanding loans related to the tourism projects. They will retain the Wanda brand name, and design of the projects will remain unchanged. They will still be operated and managed by Wanda.

The deal was announced by Wanda on its own website. Sunac shares were suspended in Hong Kong on July 10, pending an announcement. The company declined to comment further.

On the same day, Reuters reported that Sunac and Wanda will sign an agreement by the end of the month.