Not lost in translation 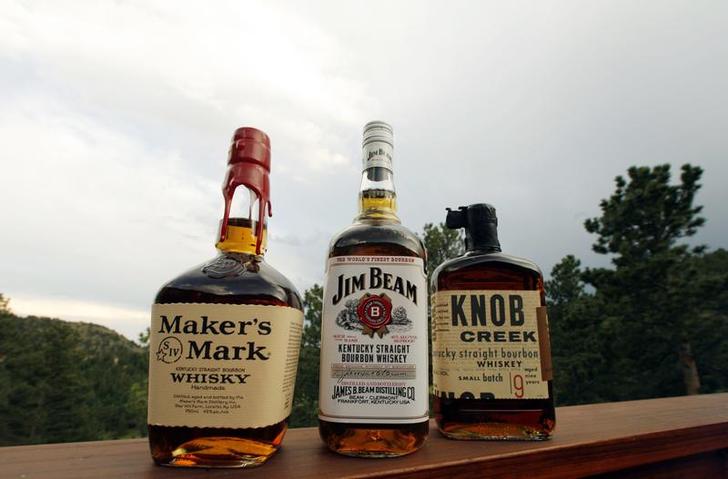 For a Japanese corporation, Suntory Holdings has an especially aggressive corporate slogan: “Yatte Minahare,” which roughly translates as “Go For It.” That sums up Suntory’s willingness to pay $16 billion, or a hefty 20 times EBITDA, for the U.S. distiller of Jim Beam, Maker’s Mark and other tipples. That number won’t be lost in translation for Diageo, Pernod Ricard or others who might also covet Beam.

Ever since Beam was spun out of the showers-to-golfballs-and-scotch conglomerate Fortune Brands its independence has been in doubt. Beam’s primary allure lay in its bourbons, which also include Knob Creek, particularly given the absence of a global brown spirit brand in the portfolios of international booze groups, chiefly Diageo.

While Suntory’s swoop for the whole of Beam’s shelf comes out of the blue, it’s not so surprising. The strategic imperative is clear, as it is for just about any consumer goods company in the incredibly shrinking Japan. As Suntory noted in its 2014 outlook, its total existing market is forecast to shrivel 1 percent from the year before.

Suntory also gave some clues along the way. Amid the Abenomics-fueled stock market rally last year, the Osaka-based firm listed its food and beverages division, raising some $4 billion that could be used for acquisitions. That unit has been particularly aggressive, most recently buying the Lucozade and Ribena soft drink brands from Glaxo.

Now it is the parent company’s turn to be bold – and bold it is. Single brands – such as Pinnacle and Absolut vodkas – have sold at close to 20 times EBITDA. But comparable collections of liquor brands have gone for much less. Pernod paid about 14.7 times for Allied Domecq, according to BofA Merrill Lynch research. And in the carve-up of Seagram, Pernod paid 9.8 times for its assets, Diageo 12.9 times. In these cases, moreover, there were ample synergies for the buyers to distill. There are precious few of these in this Suntory deal.

Diageo or Pernod might be able to raise the money to buy Beam. If Diageo, for example, levered up its balance sheet to four times EBITDA, it could raise more than $10 billion, and its new CEO Ivan Menezes could pass the cap around to shareholders. But it would be a stretch. Suntory doesn’t have public shareholders, so it can get away with a deal with a 3 percent return. Yatte Minahare indeed.

Suntory Holdings is to acquire U.S. spirits group Beam for $16 billion including debt. The deal will help the Japanese group challenge Diageo and Pernod Ricard in efforts to create the world’s third-largest global spirits company.

Beam’s management will continue to run the business, which is based outside Chicago. “We are particularly excited about the prospect of working more closely with Beam’s excellent management and employees who will play an integral part in the growth of the business,” said Nobutada Saji, president and chairman of Suntory.