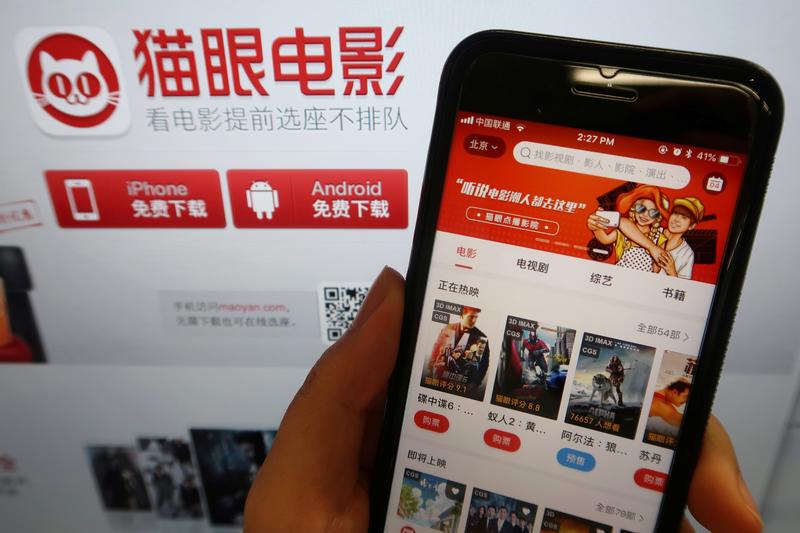 Maoyan may wind up going public below its latest $3 bln valuation. Slowing box office growth and cooling tech stocks are two problems. A bigger issue is that investors can already buy shares in backers Meituan and Tencent, whose all-in-one apps have a stronger lock on users.

The website of Chinese movie ticketing app Maoyan Weying is seen next to the app on a mobile phone in this illustration picture taken September 4, 2018.

Maoyan, which counts gaming group Tencent and food-delivery service Meituan Dianping as shareholders, had been planning to raise up to $1 billion in September, Reuters reported at the time, citing unnamed people familiar with the deal.

Bank of America Merrill Lynch and Morgan Stanley are joint sponsors for the listing.