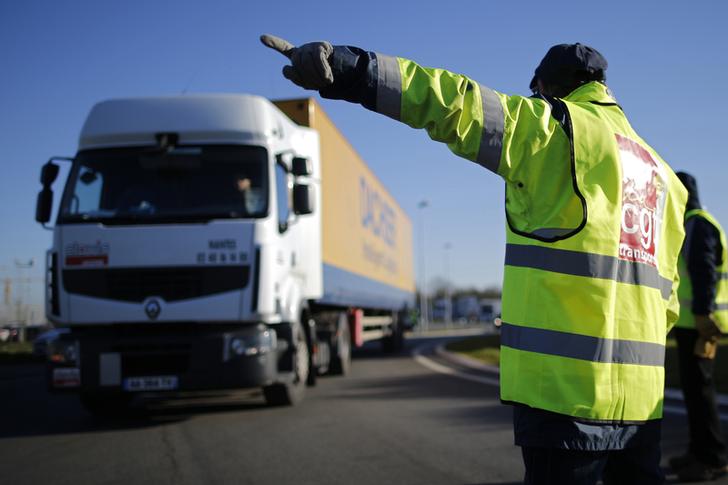 Tariffs, automation and climate change had businesses rethinking how best to secure their goods even before Covid-19. The pandemic has highlighted global supply chains’ vulnerability to lockdowns. Countries and companies alike will increasingly set their sights nearer home.

A truck driver wears a vest with a labour union logo as truckers stage a blockade in Carquefou, near Nantes, January 19, 2015.

U.S. President Donald Trump’s administration is “turbocharging” an initiative to remove global industrial supply chains from China as it weighs new tariffs to punish Beijing for its handling of the coronavirus outbreak, Reuters reported on May 4 citing officials familiar with U.S. planning.

The United States is pushing to create an alliance of “trusted partners” dubbed the “Economic Prosperity Network”, one official said. It would include companies and civil society groups operating under the same set of standards on everything from digital business, energy and infrastructure to research, trade, education and commerce.