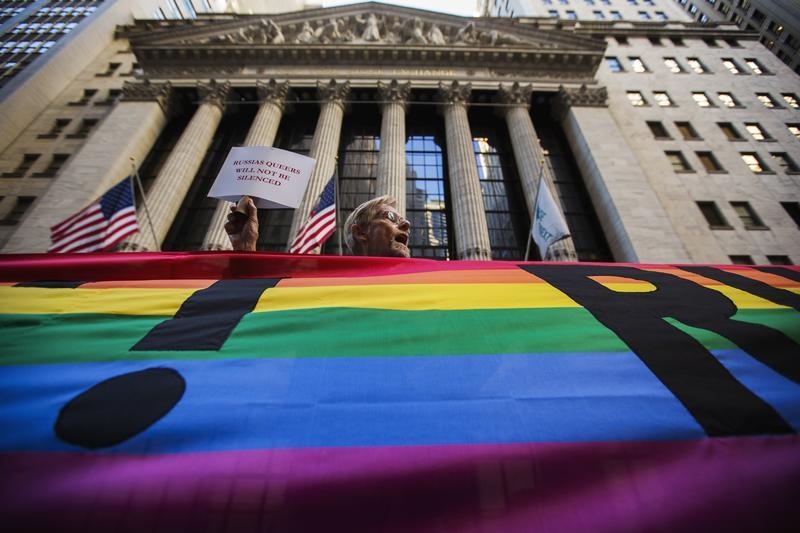 The justices ruled 5-4 that the constitutional right to be treated equally allows gay couples to tie the knot. The 13 states that banned the practice must now change their laws to conform to the rest of the nation.

That patchwork of conflicting rules has been an administrative nightmare for employers, especially for U.S. financial institutions. Tax laws, for example, often required same-sex couples to be treated differently from opposite-sex ones. Health coverage and other benefits might qualify as income to the spouse of a gay employee in one state but not in another. Keeping track of what forms to file for which workers could alone drive bookkeepers to distraction.

Complying with the rules was more than just a nuisance. Fairness compelled many companies to reimburse married gay workers for taxes and other expenses that straight spouses didn’t have to pay. Those amounts, and the cost of calculating them, could add up.

The top court’s decision does away with most of those problems, allowing employers to offer more generous benefits across the board. That should come in handy for banks and other financial firms trying to compete for the best employees.

A lot of those workers now tend to flock to the cradle of technology innovation in northern California, where lucrative perks and a tradition of gay rights are powerful draws. Wall Street, by contrast, has struggled with a reputation for machismo, of the sort depicted in the 1987 Oliver Stone film starring Charlie Sheen, as well as widespread complaints of homophobic work environments.

The industry at least recognized its shortcomings, and how the Supreme Court could help. In March, 28 firms including JPMorgan and Goldman Sachs signed on to a brief arguing in favor of gay marriage, specifically citing the costs and headaches of conflicting state laws.

It’s unclear whether the justices found the argument persuasive – or if they even read it. Either way, their decision represents for Wall Street a joyous union of equality and utility.

The U.S. Supreme Court on June 26 ruled 5-4 that the constitutional guarantees of due process and equal protection under the law prohibit states from banning gay marriage. The decision grants same-sex couples the right to marry in all 50 states.

Justice Anthony Kennedy, writing for the majority, said that the hope of gay people intending to marry “is not to be condemned to live in loneliness, excluded from one of civilization’s oldest institutions. They ask for equal dignity in the eyes of the law. The Constitution grants them that right.”

In a dissenting opinion, conservative Justice Antonin Scalia said the decision shows the court is a “threat to American democracy.” The ruling “says that my ruler and the ruler of 320 million Americans coast-to-coast is a majority of the nine lawyers on the Supreme Court,” Scalia wrote.