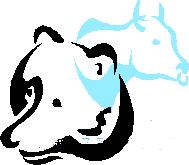 Just as a picture is better than a thousand words, an apt zoological metaphor conveys financial insight more effectively than the most comprehensive spreadsheet. But conjure the wrong creature out of the hat and confusion multiplies more quickly than a wrack of rabbits.

Financial zoology has evolved fast in recent years, way beyond the traditionally optimistic bulls and pessimistic bears. Bubble-blowing stags were seen padding around under-priced share issues. We were then told that if you paid peanuts to corporate executives, you’d get monkeys; and not expect too much of institutional investors, for they were no better than sheep.

We became familiar with several breeds of turkey stupid enough to vote for Christmas; with chickens that sometimes came home to roost and sometimes played daringly risky games with one another; with cats that got among pigeons, or bounced when dead; dogs that failed to bark; and camels that found it easier than bankers to get through the eyes of needles.

So far, so illustrative. But it is a jungle out there, and mistaken or mixed animal metaphors have a nasty habit of returning to bite the careless analyst, scribe or policymaker. Clueless simians abounded in executive suites despite the better grub. The gnomes of Zurich, speculating against poor defenceless currencies, stretched the imagination. And euro pioneers put a Snake in a Tunnel. As with many previous and subsequent exchange rate mechanisms, that analogy proved to be more a beast of burden than a bird of paradise.

For the careless, an unseen elephant in a room in old Europe does the same job as an 800 pound gorilla hunkered down in the United States. But the attentive financial zoologist should know that an elephant unseen is friendlier, and more predictable, than our heavy homininaean cousin. Both are less dangerous than either a lazy donkey or one of the feckless PIIGS.

When explaining complex financial transactions with zoology it is essential to pick the right horses for the right courses. There is only so much bull that an audience can bear. It is the fittest animal metaphors that survive.